Apple Announces $350 Billion Investment in US Economy With 20,000 New Jobs and a New Campus 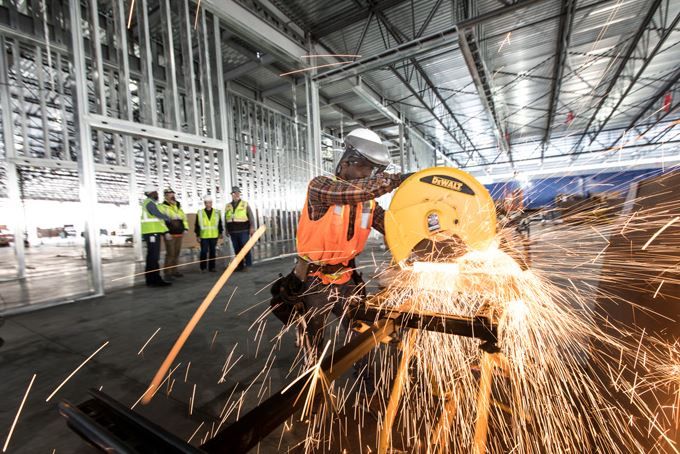 MacRumors reports that Apple has today announced that it will be contributing $350 billion to the U.S. economy over the next 5 years, and $55 billion in 2018 alone. The company is also set to increase its Advanced Manufacturing Fund to $5 billion, up from $1 billion.

As part of this program, Apple will be creating 20,000 jobs in the next 5 years, spending $30 billion to hire workers for the new Apple Park Campus, as well as opening a new campus in a location that will be announced later in the year, which will “initially house technical support for customers.”

“Apple is a success story that could only have happened in America, and we are proud to build on our long history of support for the US economy,” said Tim Cook, Apple’s CEO. “We believe deeply in the power of American ingenuity, and we are focusing our investments in areas where we can have a direct impact on job creation and job preparedness. We have a deep sense of responsibility to give back to our country and the people who help make our success possible.”
Click to expand...

$10 billion of this planned capital expenditure will be invested in several data centers spread around the US, and Apple is today breaking ground on a new facility in downtown Reno, Nevada, which it says will support its existing Nevada facility.

Apple says that all of its facilities in the US, including offices, retail stores, and data centers, as well as the newly announced campus, are powered by 100% renewable energy sources such as solar, wind, and micro-hydro power.

Finally, Apple will also be investing in education in the US, with new coding initiatives that will teach people how to create iOS apps with Swift, as well as increasing funding for ConnectED in order to help students in “historically underserved communities” to learn coding.

Apple reveals plans to invest $304 million in a new a campus based in Austin, Texas