Apple and U2 Give Away Their New Album Songs of Innocence! 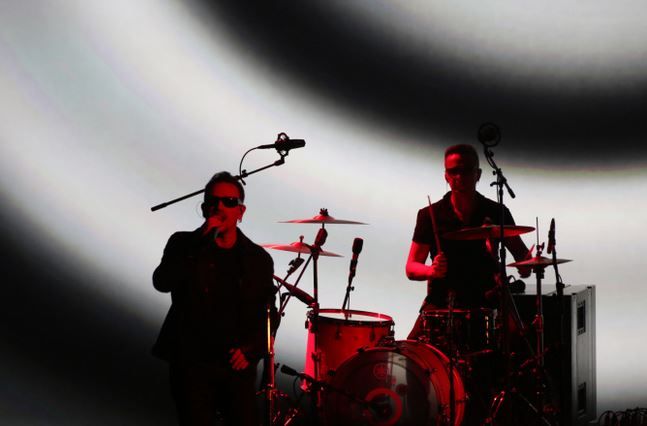 The fact that U2 would be involved with the Apple event today may have been leaked a few days ago, but Apple and U2 still had one surprise left up their sleeves with the announcement that U2 would today be releasing a brand new 11-track album, “Songs of Innocence,” which would be exclusively available as a free download to iTunes Store customers worldwide.

Apple says that anyone who already has an account, or who signs up for an iTunes Store account within the next five weeks, will receive the album as a gift. It can also be streamed via iTunes Radio and on Beats Music.

You will find that the album is already marked “Purchased” when you search for it in the iTunes Store, so all you have to do is search for it under artist or album in your device's iTunes app and download it from iCloud.

“Songs of Innocence” charts U2’s earliest influences from 70s rock and punk rock to early 80s electronic and soul, as well as giving insight into how and why the band formed, as well as the relationships in and around the band and their families and friendships. It was recorded in New York, London, Los Angeles, and Dublin, and is produced by Danger Mouse with Paul Epworth, Ryan Tedder, Declan Gaffney and Flood.

“From the very beginning U2 have always wanted our music to reach as many people as possible, the clue is in our name I suppose—so today is kind of mind-blowing to us. The most personal album we’ve written could be shared with half a billion people… by hitting send. If only songwriting was that easy,” said U2 lead singer Bono. “It’s exciting and humbling to think that people who don’t know U2 or listen to rock music for that matter might check us out. Working with Apple is always a blast. They only want to do things that haven’t been done before—that’s a thrill to be part of.”

“U2 has been an important part of Apple’s history in music and we’re thrilled to make ‘Songs of Innocence’ the largest album release ever,” said Eddy Cue, Apple’s senior vice president of Internet Software and Services. “We get to share our love of music today by gifting this great new album to over half a billion iTunes customers around the world.”
Click to expand...

Me neither... but it's a cool promotion I suppose!

I got it yesterday afternoon.
You must log in or register to reply here.

W
How do I delete the U2 album "Songs of Innocence" ?