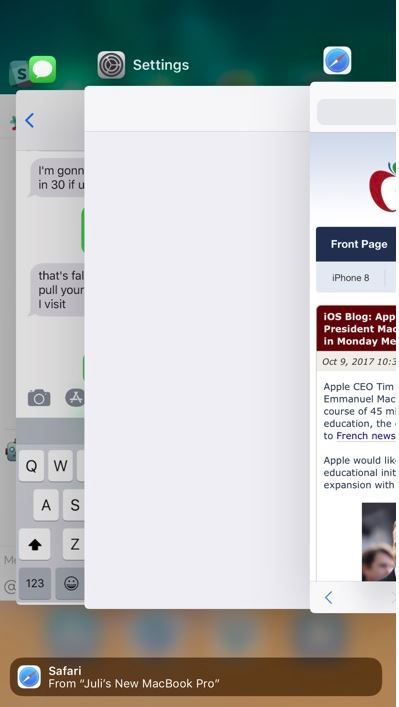 It appears that the feature was “intentionally removed” for the iOS 1 beta testing process, and was still missing when iOS 11 first launched, but now it has been reinstated, just as Federighi said would happen when he responded to a MacRumors reader’s query.

If you’re not familiar with the gesture, it first appeared in iOS 9, and enables anyone with a 3D-Touch-enabled device to press and use 3D Touch at the edge of the iPhone display to launch the App Switcher. Since the feature was removed, much to the disappointment of many, the only way to launch the App Switcher is the standard method of double-pressing the Home button.

iOS 11.1 beta 2 is currently only available to developers, but the public beta should be arriving later this week. No word as yet about a public release date.

I used it all the time, looking forward to having it back

Yes yes ...and so is my battery life just came back lol
J

good feature.. my phone doesnt support it
You must log in or register to reply here.