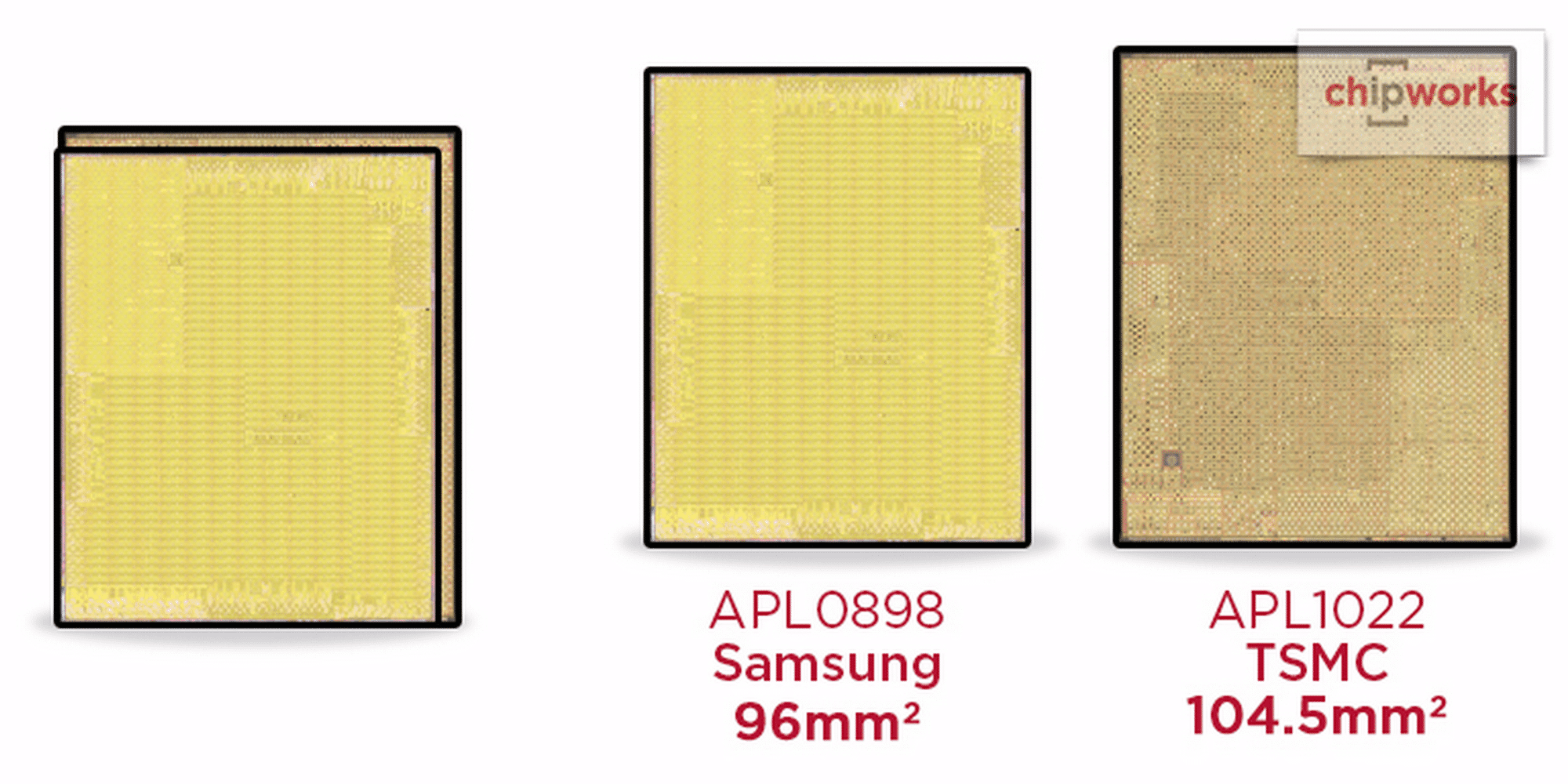 Prior to the iPhone 6S launch, there have been various rumors suggesting Apple would be dual-sourcing the A9 and A9X from Samsung and TSMC, respectively. And now this has been confirmed by repair fir Chipworks.

According to their findings, there are actually two different sized A9 processors floating around in the iPhone 6s and 6s Plus. It turns out that the die size of the Samsung processor is smaller than the die size of the TSMC processor. The APL0898 chip was developed by Samsung and measures in at 96 square millimeters, while the APL1022 chip manufactured by TSMC measures in at 104.5 square millimeters.

Chipworks believes Apple's decision has been made in order to diversify its supply chain, thus trying to prevent manufacturing hurdles that can potentially lead to delays.

Source: Chipworks
You must log in or register to reply here.