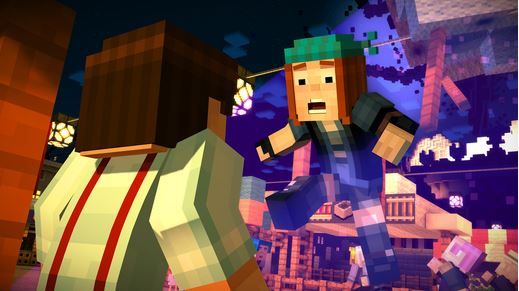 Touch Arcade has great news if you’re someone that has been wanting to play Telltale’s Minecraft: Story Mode but didn’t want to pay the $6.99 per episode asking price, as Telltale has just made the first installment, “The Order of the Stone,” available as a free download from the App Store.

There’s no indication from Telltale as to whether the episode will be permanently available as a free download, but it’s fair to say that with the series having been launched a little over one year ago today, this is the sort of time period when Telltale usually does start giving away free episodes for its series.

Of course there’s method in Telltale’s madness, as they’re hoping that you’ll be hooked once you get to play the free instalment, and then you won’t be able to resist downloading the complete eight-episode game pack complete with Adventure Pass for $24.99. The Season Pass on its own, complete with the first five episodes, costs $14.99, and the Adventure Pass costs $11.99 to buy on its own.