Springtomize for iOS 8 is on its way! 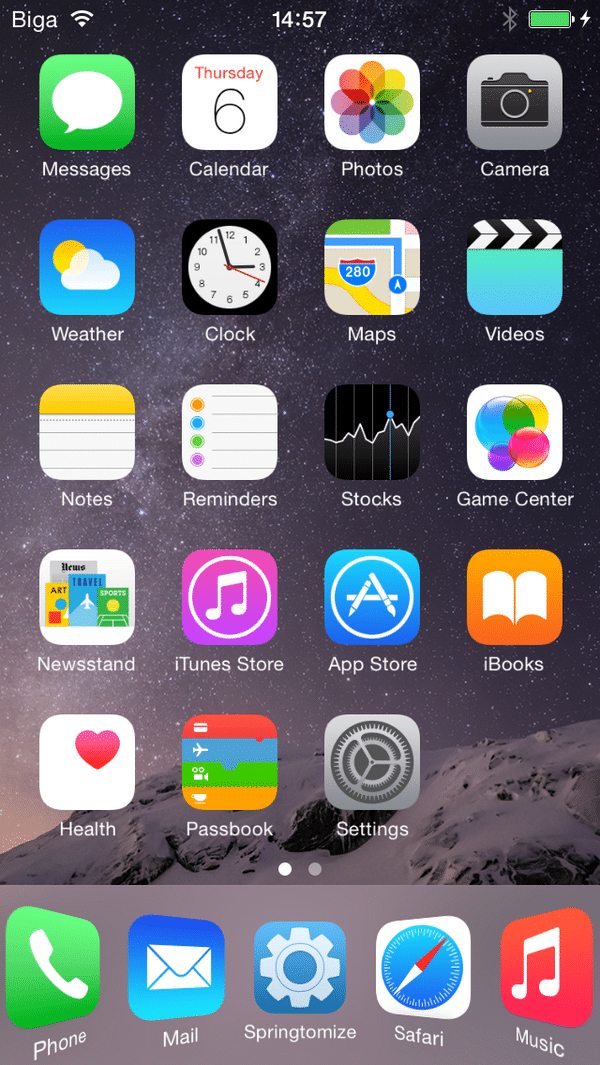 If you've Jailbroken in the past, you must be familiar with some of the more popular Jailbreak tweaks out there. Tweak developer Filippo Bigarella is know for many things, but one of his more popular tweaks is Springtomize.

Springtomize allows its users to customize virtually anything on iOS. The tweak do a plethora of things from making the Homescreen dock have a Cover Flow layout to getting rid of unnecessary status bar icons. On Thursday, Bigarella teased and tweeted out "Hello, iOS 8." with a screenshot of Springtomize on the newly released (and Jailbroken) firmware.

No word on when the developer is planning to release of update the tweak for iOS 8 yet, but we do know that it's currently in the works. Are you guys excited about Springtomize on iOS 8?
M

CAN NOT WAIT FOR THIS!!!!!
You must log in or register to reply here.