Price DropCipherText, an app can be used to encrypt your messages.

************************************
&#9734; This App can encrypt and decrypt a message by using a series of different keys based on the letters of a KEYWORD or SENTENCE. You are responsible for setting the KEYWORD or SENTENCE.
1. After the message encrypted, you can send it to your friends using the build-in mail and message functionality, or copy it to the pasteboard in order to paste it anywhere else, such as twitter and Facebook. Anyone else will never know the content of the cipher text if he/she haven't been told the keys.
2. When you receive a encrypted message and a Keyword or Sentence, the App can decrypt the encrypted message for you. On the other side, if the certain Keyword or Sentence were not sent to you, or the Keyword were not correct, you will never obtain the content of the message.

&#9734; This App was designed based on Vigenère&#8217;s cipher. This cipher is well known because while it is easy to understand and implement, it often appears to beginners to be unbreakable; this earned it the description le chiffre indéchiffrable (French for 'the indecipherable cipher'). Consequently, many people have tried to implement encryption schemes that are essentially Vigenère ciphers, only to have them broken.
The Vigenère cipher is simple enough to be a field cipher if it is used in conjunction with cipher disks. The Confederate States of America, for example, used a brass cipher disk to implement the Vigenère cipher during the American Civil War. The Confederacy's messages were far from secret and the Union regularly cracked their messages. Throughout the war, the Confederate leadership primarily relied upon three key phrases, "Manchester Bluff", "Complete Victory" and, as the war came to a close, "Come Retribution".

This App works differently from the brass cipher disk, the key phrases are set by yourself. It's the one-time key which would never be decrypted. 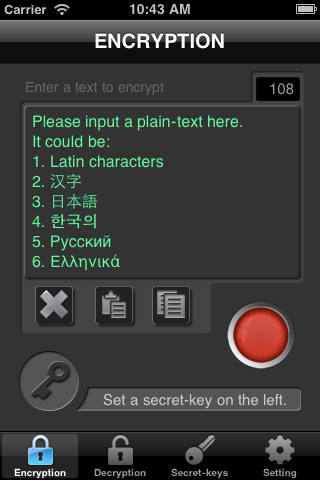 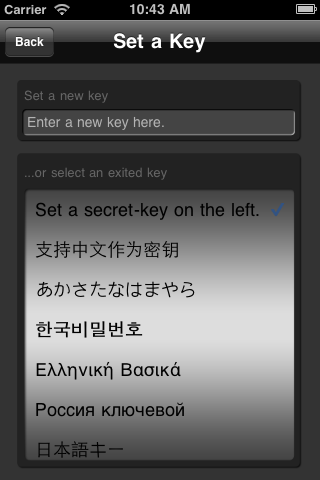 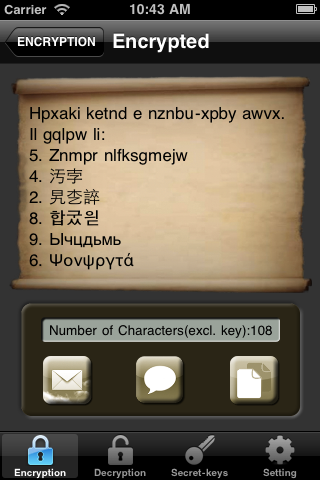 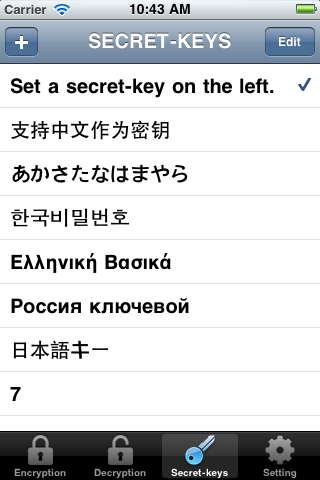 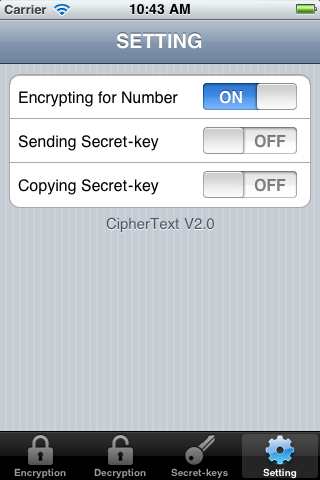 CipherText, an app can be used to encrypt and decrypt texts.