New Power Adapter Packaged With Apple Watch in the UK 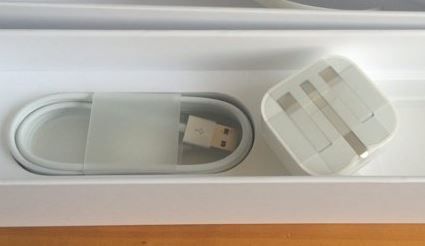 AppleInsider reports that today’s launch of the Apple Watch has also seen the launch of a new power adapter for the UK, which has been bundled with the watch, and which will, presumably, be bundled with other Apple devices from now on.

The previous adapter was typically chunky, like all UK plugs, but the new adaptor is actually ingeniously foldable, with pins that fold into the body of the plug, which has generally a more rounded appearance.

The folding operation is designed to be as smooth as possible for ease of use, with all three pins either folding or unfolding together when just one is pressed.

News of the new plug was actually leaked last Friday by a famous ex-rugby player in the UK, Will Carling, when he posted photos of the folding charger on Twitter, saying that it had been given to him by Jony Ive, who is a rugby fan.

The folding charger is available to order separately in the UK, Ireland, Hong Kong, Singapore, and Malaysia, for any Apple devices. At £25, it actually costs £10 more than the non-folding charger, which cost just £15.