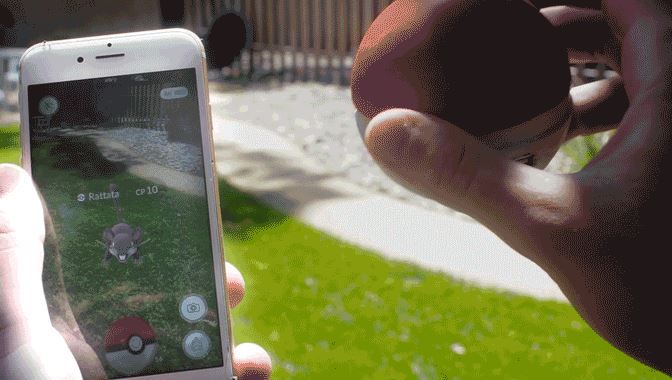 One of the really fun things about the massive success of Pokémon Go is seeing some of the ingenious inventions that people are coming up with as accessories for the game. Since the game’s launch we’ve seen, among others, an invention that you place on your phone to ensure a perfect throw, as well as a contraption designed to hold your phone screen in front of your face when playing.

However, according to T3, there’s a new Kickstarter project that just might beat ‘em all! The Official Trainer Ball is a physical Poké Ball accessory that also works as a phone charger.

The Official Trainer Ball’s developer, Game Reality, says that the ball will use Bluetooth 4.0 and your phone’s accelerometer to pair with your phone and work like a controller. Simply throw the ball in real life, rather than on screen, and the game will mimic the movement of the ball, thus catching the Pokémon.

And don’t worry if you’re somewhere that it’s not possible to actually throw the ball, as you can just mimic-throw it while still keeping hold of it and it will have the same effect as the accelerometer will detect the gesture.

The developers say that the Trainer Ball is made of tough material, including an outer foam, texturised bottom, and rubbing coating to help with grip. There’s also a blue light around the middle of the ball that works in conjunction with the app.

The ball also comes complete with a USB port so that you can charge it, and also use it as a charger, providing three or four full phone charges before requiring a recharge.

Game Reality says that it is in talks with Niantic to licence the Official Trainer Ball name, and hopes to ship in February 2017. The official price is $55, but early backers can still snap up a $35 option.

Sources: Pokémon Go fans, now you can get a real working Pokéball that doubles as a charger

Revolutionary Game Controller For The #1 App in the WORLD
You must log in or register to reply here.