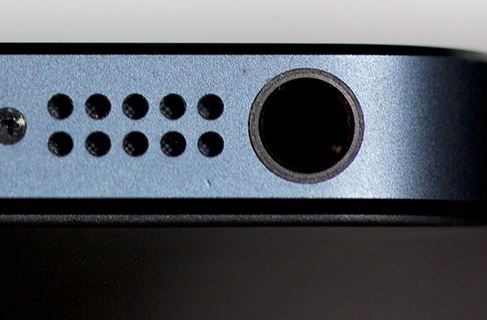 According to a report on well-sourced Japanese website Mac Otakara, via MacRumors, Apple is planning to replace the standard iPhone 3.5mm headphone jack in the iPhone 7 with an all-in-one Lightning connector.

It seems that a “highly reliable” source has said that the new Lightning connector will support both Lightning-equipped and Bluetooth headphones, as well as having a digital-to-audio (DAC) converter in order to be backwards compatible with your old 3.5mm wired headphones. A 3.5mm-to-Lightning adaptor would also have to be included.

Assuming this rumour is accurate, which is quite likely as Mac Otakara does have a good track record, the reason why Apple might make such a change can only be speculated upon, although it could possibly have something to do with other rumours that say that the next iPhone, let’s call it the iPhone 7, would be over 1mm thinner than the current iPhone 6s and iPhone 6s Plus. However, as MacRumors notes, the sixth-gen iPhone touch is just 6.1mm thick and still has a 3.5mm jack.

When Apple made a similar move back in 2012 by replacing the old style of connector with the Lightning connector it was quite unpopular at the time, but we've all got pretty used to it now!

So much for charging your iPhone and using the headphones at the same time if this rumour is true. Also,the current headphone jack is an industry wide standard. Replacing it with a proprietary connector will cause added expense for manufacturers and consumers, as adapters will have to be made and included in every headphone manufactured.
B

This would make me extremely unhappy. It's not just having to replace headphones, etc. but the ability to charge while watching video or listening to music is important to me.

I agree. But I remember us having similar conversations before the iPhone 5 came out with the lightening connector. Apple had a different idea. But this one will either be very expensive for us or will detract from our chosen method of use. the lack of ability to charge the iPhone while using headphones will be a deal breaker for me. Nothing to do but wait and see.


And I did give Apple feedback on loss of ability to listen and charge simultaneously.
Last edited: Nov 30, 2015

As we usually say, Its just rumour, Hopefully it won't happen.

I've seen this rumour last year as well, if memory serves right, but it didn't come true.
We'll just have to wait and see.

If rumour had been fact I would now have a Red iPhone 6S Plus.
That didn't happen either

Such a new design for a combined headphone/charging connector will make it very difficult for manufacturers of watertight cases to provide a watertight connection for using a pair of headphones and battery cases will have to be completely redesigned.

If the only reason is to shave 1 mm off the thickness of the phone it sounds like a really bad idea to me. I'm having trouble figuring out how it would be implemented. And I agree that sometimes it's nice to be able to have the phone on the charger and use the headphone jack at the same time. Sure, someone will come up with a ""Y" cable to do that, but that seems really clunky.Color me skeptical. I hope this isn't just an effort to make everything about an iPhone "Apple proprietary."