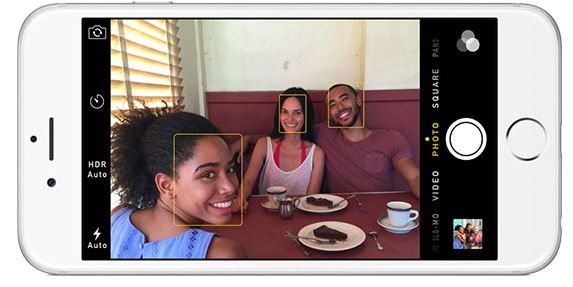 MacRumors reports that JPMorgan analyst Rod Hall has said in a research note that the forthcoming high-end 5.8-inch OLED iPhone 8 will have a front-facing 3D laser scanner for facial recognition purposes that will replace Touch ID. This will also enable Apple to remove the Home button altogether to make room for the edge-to-edge display. And Hall even goes so far as to say that both the iPhone 7s and iPhone 7s Plus models will also have the 3D laser scanner technology, basing this statement on the increased volume of production of the module in Apple’s supply chain.

The laser scanner is said to add from $10 to $15 per module to Apple’s bill of materials for the iPhone 8, which, along with the OLED display, glass casing and other costs, could see the flagship iPhone 8 costing around $100 more than previous equivalent models.

Hall also says that the 3D laser scanner could be used for other features, such as augmented reality, which Apple CEO Tim Cook has said many times Apple is interested in, but don’t expect that to happen until at least 2018. Hall adds that Apple will probably make a 3D scanning API available to developers, who could use it for “everything from determining your shoe size for online orders to helping make sure you are properly fitted on your bike.”

Source: iPhone 8 Expected to Have 3D Facial Recognition Instead of Touch ID

There would still have to be a way to bring up the password screen manually, even with this rumoured laser scanner.

True, and my 6S Plus with 10 (and my 9.3.5 5S) ask me to enter my passcode at least twice a week to allow the fingerprint to work when opening the phone.

I like the idea but the fingerprint scanner on the 5S sucked so badly so I hope this is thoroughly tested before release.
You must log in or register to reply here.