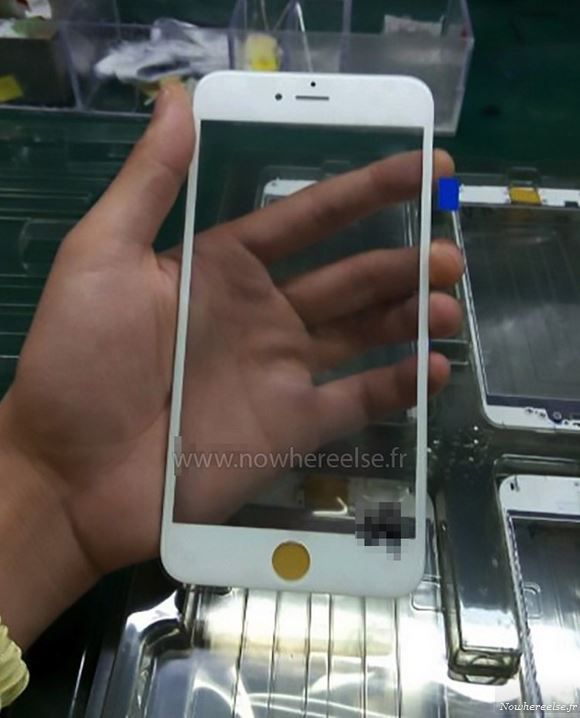 Business Insider reports that French website Nowhereelse.fr has posted several photos of what it claims to be the front panel from the forthcoming iPhone 6s. Other photos show batches of iPhone front panels. According to the French website, the photos came directly from Apple’s iPhone assembly line.

This will come as no surprise whatsoever to anyone who has been paying attention to recent Apple news, as most of the talk about the new phones’ features has been about internal changes that would not be visible from viewing the front panel alone.

These include the introduction of Force Touch to the iPhone screen, the technology that first appeared on the Apple Watch screen and the new MacBook’s touch pad.

Nowhereelse.fr’s track record with Apple scoops is usually pretty good, so it’s probably a safe bet that these photos are genuine. Someone on the iPhone assembly line is going to get into a lot of trouble for leaking them, though!