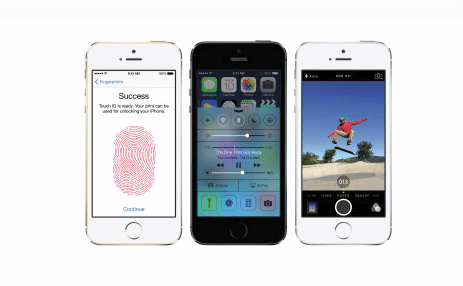 International Business Times reports today that Europe’s biggest hacker association, the Chaos Computer Club (CCC), has shown how it has used VeriFinger software to reproduce an accurate representation of the thumbprint of Ursula von der Leyen, the German defence minister, from photos taken of her during a press conference.

The thumbprint was then used to make a synthetic finger, which was used to unlock von der Lyon’s smartphone.

IBT notes that previous efforts to hack the iPhone’s Touch ID have only been possible with physical access to the subject’s real fingerprint, making this latest incident the first time that a photograph was used rather than the actual fingerprint itself.

The news was announced by Chaos Computer Club at its 31st annual convention in Hamburg, Germany, by the club’s Jan Krissler, and underlines the fact that even biometric security can be bypassed, albeit with some difficulty.

“Sadly there has been little in the way of measurable improvement in the sensor between these two devices,’ said security researcher Marc Rogers, who recently found that the iPhone and iPhone 6 Plus is just as vulnerable to synthetic fingerprint hacking as the iPhone 5s... “Furthermore there are no additional settings to help users tighten the security such as the ability to set a time out for TouchID after which a passcode must be entered.”

Source: IB Times
You must log in or register to reply here.