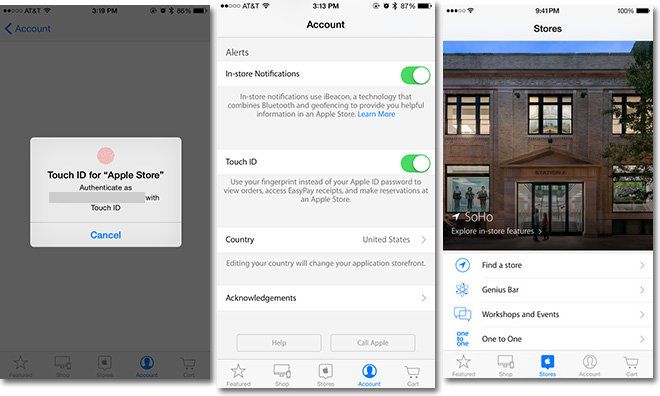 Apple has updated its Apple Store app for iPhone and iPad users with Touch ID support and a new two-factor authentication feature. The official Apple Store has now reached version 3.3 and you can follow the link at the end to download it you don't have it already on your device.

Being protected by a two-step authentication process, this means an added layer of security will require app users to enter both a password and a verification code before making a purchase. However, you need to make sure that you have enabled the two-step verification feature through the My Apple ID webpage.

The Apple Store app for iOS also comes with an option that requires users confirm their identity via Touch ID before displaying order history and EasyPay receipts, or making reservations at brick-and-mortar Apple Stores.

The app is finally available in Austria as well.

The Touch ID feature Also works in the Apple Store app in Canada, but only in the iPhone version of the app.
Last edited: May 22, 2015
D

Hey how to ing bro

What's your question?
You must log in or register to reply here.