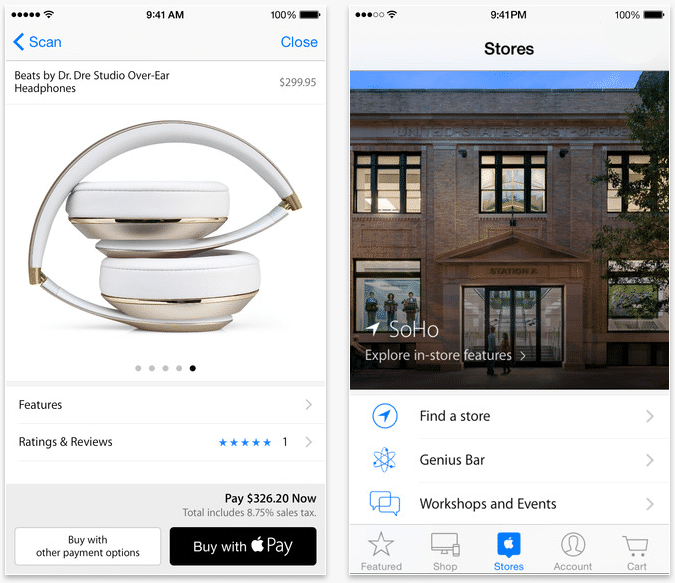 On Monday, Apple released the iOS 8.1 update to the public, which finally brought Apple Pay into the hands of users across the United States. Apple Pay allows user to make purchases in-store using Touch ID and NFC, which is built-in to the iPhone 6 and 6 Plus, or limited to online Touch ID purchases with the iPad Air 2 and the iPad Mini 3.

It is no surprise that Apple would be the first to update its Apple Store application to support Apple Pay payments. Folks running iOS 8.1 on supported devices can now launch the app, choose what to purchase, then simply hit the "Buy with Apple Pay" button, and use Touch ID to scan their fingerprint for confirmation.

The Apple Store app is not alone in the Apple Pay world, physical Apple Stores are also beginning to use Apple Pay as a payment method as well. The Apple Store app would be a good place to start if you are new and just beginning to get used to the new system, but if you're not looking to make an Apple purchase today, plenty of gas stations and drug stores support NFC transactions with the iPhone 6 and 6 Plus.
You must log in or register to reply here.

YouTube User Demos How Apple Pay Works at a McDonald's

Apple Will Collect Fee from All Apple Pay Purchases, Plus Video Demo