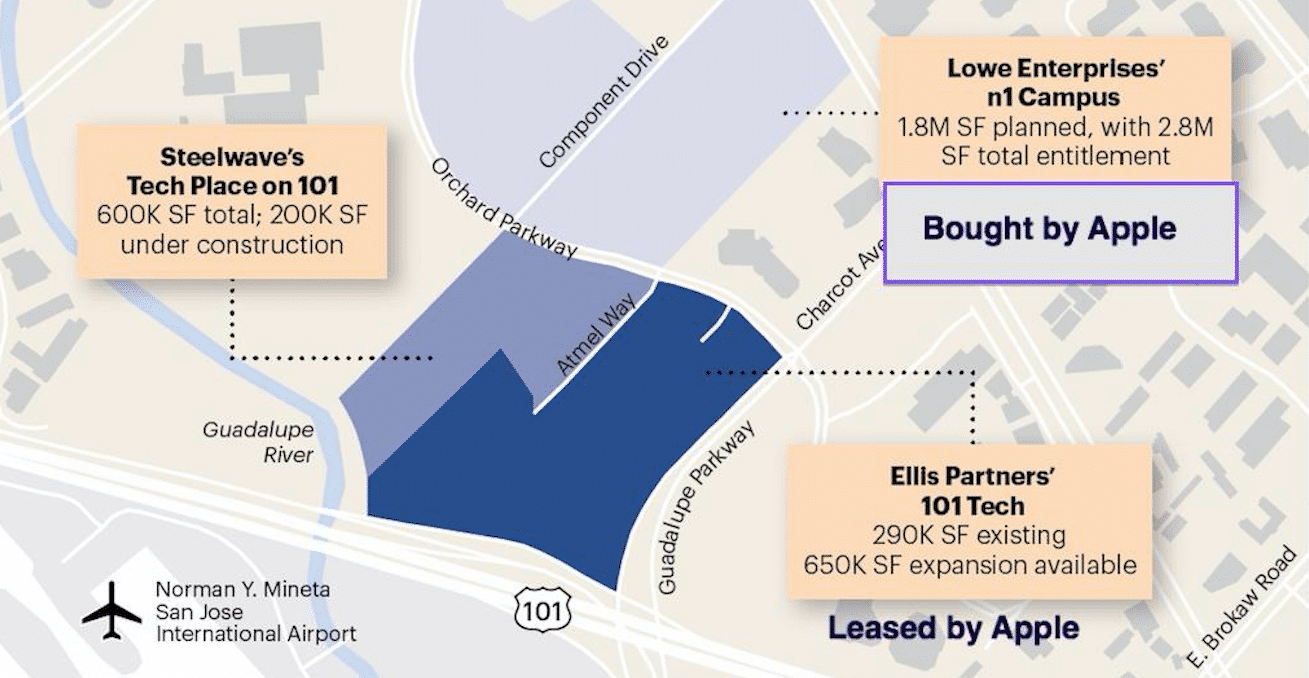 A new report coming from Silicon Valley Business Journal suggests that Apple has purchased a 43-acre development plot in North San Jose. Apple paid slightly more than $138 million for the property, which is located on North First Street in San Jose.

The rumored acquisition of 43-acres in North San Jose is notable since Apple chose to buy, not lease the property, suggesting it has serious plans for the area.

Another publication has been saying that the North San Jose land, which is approved for construction of a total of 2.8 million square feet of offices, rivals the size of the "spaceship" complex now under construction in Cupertino.

Source: BizJournals
You must log in or register to reply here.