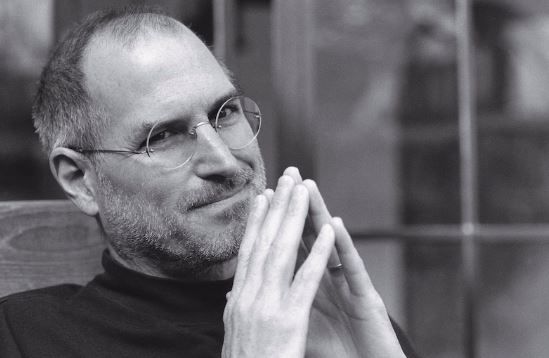 On the fifth anniversary of the death of Apple co-founder and former CEO Steve Jobs, current Apple CEO Tim Cook has paid tribute to the visionary leader and his own great friend, reports MacRumors.

“’Most important, have the courage to follow your heart and intuition.’ Remembering Steve and the many ways he changed our world,” tweeted Cook, as well as posting a photograph of Jobs.

As MacRumors notes, Apple has in the past also posted a tribute to Steve Jobs on its official website, but it doesn’t appear to have done so this year.

Elsewhere, Recode has a great collection of “Some of Steve Jobs’s Best Interviews,” with the great Kara Swisher and Walt Mossberg remembering the many times that they hosted Jobs at the D: All Things Digital conference, beginning with Jobs’s first appearance at the conference in 2003 when he talked about the future dominance of the smartphone. And Entrepreneur has compiled a fun list of some of the more bizarre ways that Apple fans have chosen to remember Steve Jobs, including tattoos, action figures, and a cheese sculpture!

Watch some of Steve Jobs’s best interviews, five years after his death
OP

I think Steve Jobs would be quite pleased with the way Tim Cook and his team have run things for the last 5 years.

I watched his last public appearance before the city council in Cupertino to answer questions about planning for the new Apple Campus that is currently nearing completion.
You must log in or register to reply here.