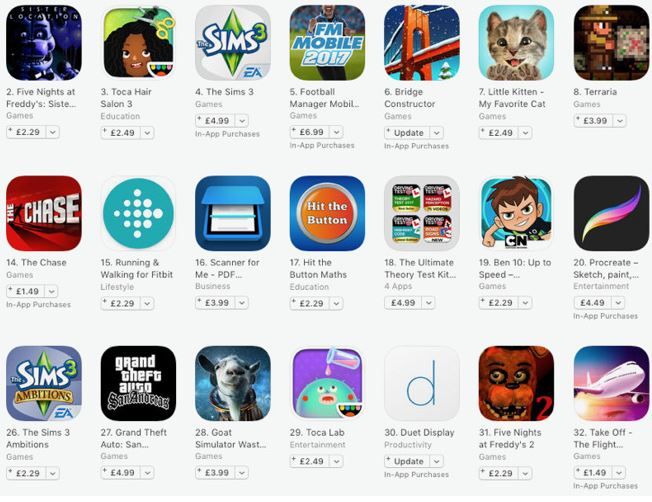 AppleInsider reports that App Store prices have risen in several territories around the world, primarily due to currency fluctuations.

First off we have the UK, where prices of apps and in-app purchases have increased by around 25%. This means that a Tier 1 app previously costing £0.79 will now cost £0.99. The price hike was first reported on by The Guardian, after Apple sent a note to App Store developers informing them of the price rise. The price rise, which is double the price hike imposed by Apple in January 2016 in the UK App Store, has been blamed on the effect that Brexit has had on the pound in the UK.

“Price tiers on the App Store are set internationally on the basis of several factors, including currency exchange rates, business practices, taxes, and the cost of doing business,” said Apple in a statement on the matter. “These factors vary from region to region and over time.”

Elsewhere, App Store prices in India have also risen thanks to a 14% service tax rate and new 0.5 percent fees that the Indian government introduced last December. Prices have also increased in Romania and Russia, with both of those increases said to be due to tax rate increases and new sales taxes.

Source: Apple App Store prices increase 25% in UK, as result of 'Brexit' exchange rate drop
You must log in or register to reply here.

Apple Cuts USB-C Adapter Prices Across the Board