Yes! The Apple Watch can be Worn on the Left or Right Wrist 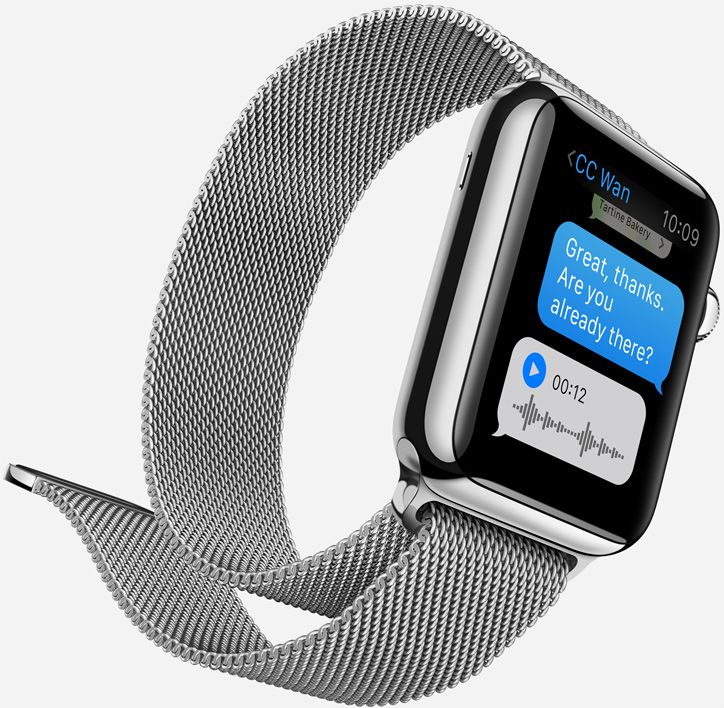 Yesterday, Apple introduced us to a new line of products, the long-rumored Apple Watch. As our brains process all of the fantastic new technology that will soon be in our hands, we can't help but ponder deeper details about the company's future smartwatch.

Although Apple's website doesn't specifically list this feature, a few photos on the site show the device wron on both wrists as well. The spokesperson confirmed that one of the first things the Apple Watch asks during the initial setup is whether the user is right-handed or left-handed.

The Apple Watch, previously rumored to be called the iWatch, will be releasing in early-2015, as stated by Apple during the keynote. The device will start at $349 and will be available in three different models, six finishes, two models, and a choice from eighteen bands.

I think this is one of the most over looked things the AppleWatch can do. I like this concept.

I hope the apple watch wont be robbed easily. Hihihi. Just making sure

I wear watches on my left wrist. I'll certainly find a way to afford this new iWatch from Apple.

Maybe there'll be an Apple Watch equivalent of the Find My iPhone app.

Watch for me is always worn on my left wrist. Maybe because I am right-hand dominant and not want anything dangling on my right wrist!

I wear watches on my left wrist as well. Good to know.
You must log in or register to reply here.

eBay Looking to Bring Wrist Bidding to the Apple Watch

Apple Watch Sensors Could be Affected by Tattoos