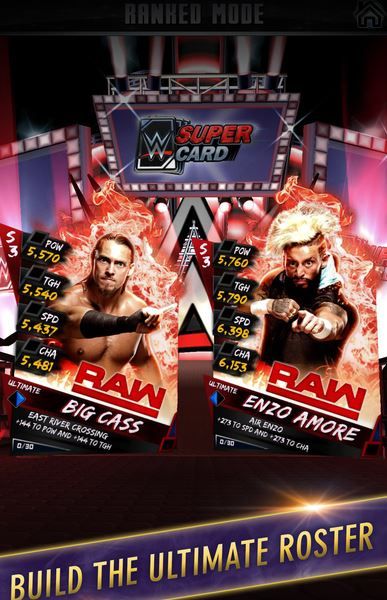 2K has today announced that Season 3 of WWE SuperCard is out now to download from the App Store.

The free-to-download update features the first real-time gameplay mode for the series, as well as three new card tiers, an increased WWE and NXT Superstars roster, and new ways to compete with other fans around the world.

WWE SuperCard has achieved more than 11 million downloads worldwide since it was first released in August 2014. Gameplay sees players building teams of WWE Superstars and Legends, as well as NXT Superstars, by collecting the thousands of cards on offer, training up their wrestlers and battling in various match types and tournaments. Individual card packs are also available as in-app purchases.

WWE Wrestlefest out Now for iOS

NBA All Net Brings Card Collecting and Battling to the NBA