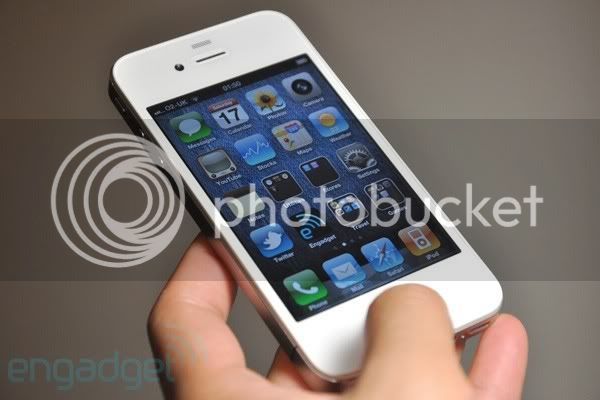 This almost goes without saying, but it's truly been a wild ride for the iPhone 4 over the last three weeks. While most of us will just happily open our hands to Stevie J's freebies, there's one question that's still bugging us: what's actually holding back the white iPhone 4? Sure, Apple's now promised us an "end of July" delivery for its latest iTemptation, but it has yet to specify what the manufacturing difficulty is. According to Chinese newspaper 21st Century Business Herald, the problem stems from a little-known Chinese factory by the name of Lens Technology, which is apparently responsible for transforming fine raw glass into the majority of iPhone glass panels out there (and contrary to previous reports, Corning doesn't seem to play a part here). Read on to find out what's causing our invisible hero to stall.


Lens Technology -- a rather bland name for a touchscreen glass manufacturer -- isn't exactly a household name to the average gadget consumer, but its list of clients tells a different story: Huawei, Lenovo, Motorola, Nokia, Samsung and more. Since its launch in July 1993, the company's set up several plants, including its latest site (circa December 2006) in Liuyang, Hunan that currently houses about 14,000 workers, which looks about right in the drawing above. While this is merely a fraction of Foxconn's 400,000 employees in Shenzhen, Lens' recent intake of some 7,000 "post-90's" (a Chinese saying for those born after 1990) workers still led to many disciplinary issues. But this wasn't the reason for the white iPhone 4 delay.


According to a project feasibility report published by Lens in 2006, its glass manufacturing process involves the following steps: developing the tooling, cutting the raw material (mainly sourced from Germany, Switzerland and Japan), fine-milling using CNC (computed numerically controlled) machines, sanding the edges, polishing, strengthening, cleaning, coating, screen printing, baking, anti-shatter treatment, assembling, and packaging. Yeah, pretty tedious. Now, a worker from Lens' quality control department has allegedly admitted that the company's screen-printing workshop may currently be dealing with some issues with the white iPhone 4 covers. Specifically, the factory's still working out the perfect combination of paint thickness and opacity -- the former to ensure the next sub-contractor has enough clearance for the digitizer overlay, and the latter for the absolute whiteness that Jony Ive and co. strive for. As we pointed out before, the prototype white covers we acquired appeared a touch darker than the iPhone 4 dock, so here's hoping that we'll see a better result when the official white phone comes out later this month.


Even if Apple does deliver the new batch of phones on the promised date, what about meeting the potential huge demand? According to industry sources, Lens' current production capacity only meets half of Apple's demand, thus becoming a major bottleneck for the entire iPhone 4 production pipeline. Of course, this could just be smack talk from envious competitors, and there's a small chance that other components might be affected, but the truth is the handset's currently in short supply -- after 3 million units since launch, Apple's online store was listing a 3-week shipping date for both colors at the time of writing this. Considering each CNC machine could apparently only cut out three iPhone 4 glass covers every hour, Lens will need to get its act together on the paint job and use all the machines it can get -- along with their skilled operators -- to keep Cupertino and its followers happy.