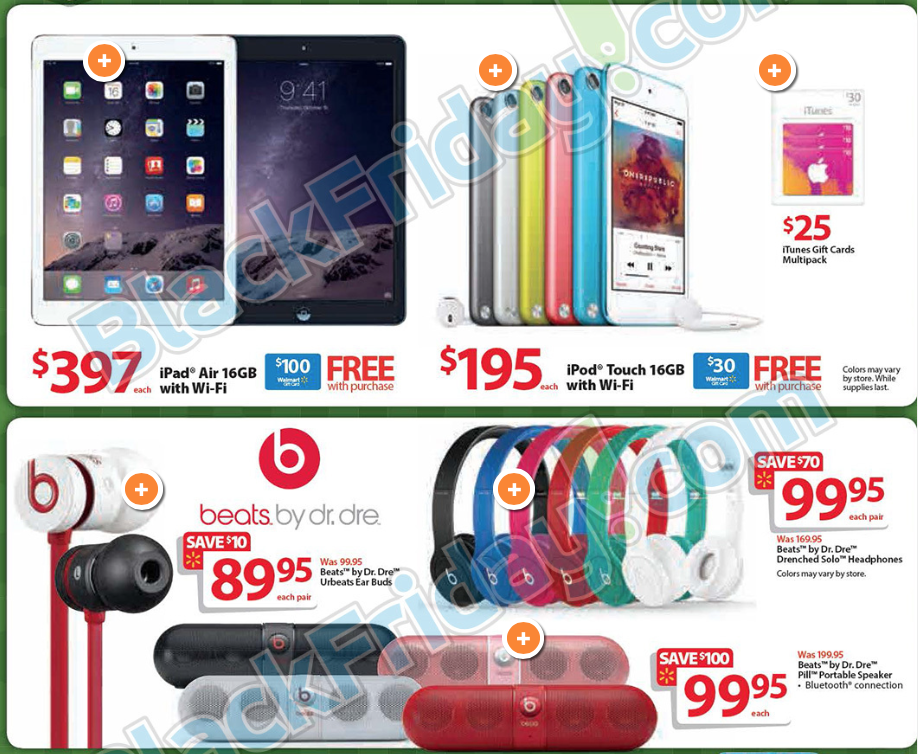 It's that time of the year again, when Black Friday weekend is about to roll around, and it looks like Walmart just released its deals for the famous consumer holiday. Among this year's deals, Walmart will be offering discounts and promotions on Apple's iPod Touch, iPhone, iTunes gift cards, and Beats headphones.

Folks still in the market to buy a first generation iPad Mini (I'm still completely happy with mine) can get one for $199 with a free $30 gift card. 16GB iPad Air models will sell for just $397 bundled with a $100 gift card and Beats wireless headphones will be knocked down to $149.

A few more deals:
Walmart is arguably the best place to go on Black Friday, that is if you're willing to give up on a Thanksgiving dinner. However stores have started to make it easier for folks to get in on the deals, and not miss out on turkey and gravy. Walmart will be setting up three sales events running on November 27 and 28.
You must log in or register to reply here.