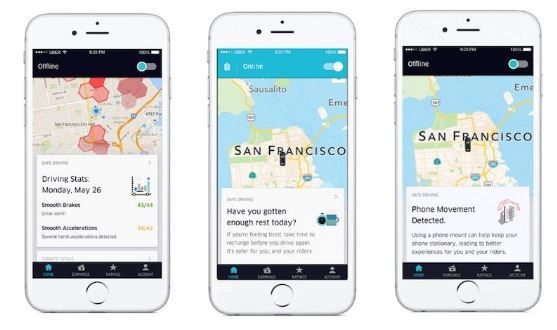 Uber has launched a new safety-themed update for its driver app, writes MacRumors, with the aim of “predicting, preventing and reducing the number of crashes on the road.”

Uber has partnered with Mothers Against Drunk Driving and the Governor’s Highway Safety Association to release the new update, which is designed to give Uber drivers information that will help keep its customers safe.

One of the new features is a daily report that will be sent to Uber drivers via the app that will include statistics showing a driver his driving patterns, and comparing him or her to other drivers on the road in their city. The reports will also give the driver “suggestions on how to provide a smoother, safer ride.” The data in the updates will be provided by multiple readings from GPS and accelerometer.

Other features include a new “speed display,” which will alert drivers when they might be about to exceed the speed limit. Drivers will also be prompted to take a break, as well as being reminded of Uber’s various regulations, such as not holding your phone in your hand when driving and mounting it on the dashboard instead.

The new update will be rolling out in 11 cities in the US over the next few weeks, but Uber has not yet confirmed which cities will be getting the update.

Source: Uber Debuts Safety-Focused Update, Citing Positive Impact on Drunk Driving
You must log in or register to reply here.