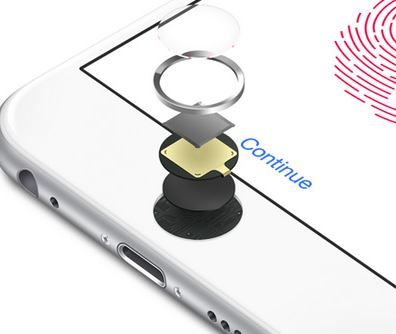 According to a new research note from Cowen and Company’s Timothy Arcuri that was obtained by MacRumors, iPhone 8 production is being hampered by the “biggest bottleneck” caused by problems with integrating the Touch ID sensor underneath the display glass.

Arcuri said that according to his “field work” in Apple’s supply chain, the yield of the in-house AuthenTec fingerprint sensor is currently low, and Apple is reluctant to look for another supplier aside from AuthenTec.

Firstly, Apple could remove Touch ID from the 5.8-inch iPhone and switch to facial and/or iris recognition entirely. Arcuri thinks this is unlikely, though as it is not secure enough and could cause problems with Apple Pay.

Secondly, Apple could put the Touch ID sensor on the back of the 5.8-inch iPhone. Arcuri said this is also an unlikely situation, as it would not be very user-friendly.

Thirdly and finally, Apple could delay production of the 5.8-inch iPhone, but announce it at the same time as the on-schedule 4.7-inch and 5.5-inch iPhones.

It could be that the latter option will be the one that Apple is forced to pick, as Arcuri says that Apple wants to finalise specifications for its fingerprint sensor by May, but if this is not possible mass production of the phone might not start until September, rather than the usual July to August timeframe.

Source: Apple is Struggling to Integrate Touch ID Under the iPhone 8's Display
You must log in or register to reply here.