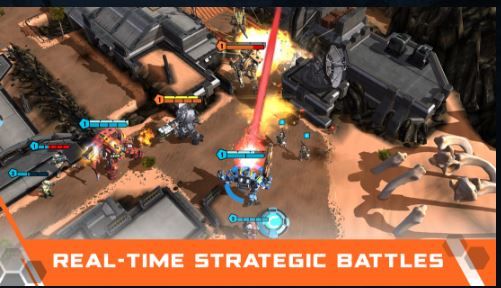 Pocket Gamer reports that Nexon has announced that it is currently working on a real-time strategy game for iOS and Android called Titanfall: Assault. This will be the first mobile game set in the Titanfall universe, after the ill-fated Titanfall: Frontline CC strategy game, also from Nexon, which was announced last September before being cancelled shortly after.

Hopefully, Nexon’s Titanfall: Assault will fare better than Frontline. A real-time PvP mobile strategy game, Titanfall: Assault’s gameplay involves assembling the ultimate deck of Pilots and Titans paired into heroic duos. Players can collect and upgrade dozens of cards, such as tactical Burn Cards, which support your team on the battlefield as you attempt to lead your forces to victory in The Frontier.

There’s no word about a release date as yet, but you can pre-register on the official website to find out more about the game as and when more details are released.

Titanfall Assault
You must log in or register to reply here.