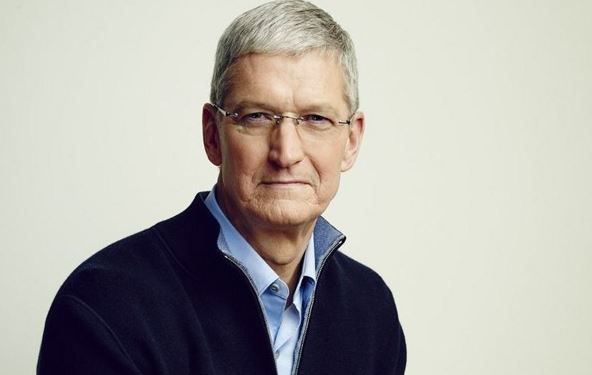 Apple CEO Tim Cook has been trending worldwide on Twitter all day today having written an open letter on Apple’s website in response to the FBI asking Apple to crack iOS encryption, specifically so that it can access the iPhone that was used by the San Bernardino terrorists.

AppleInsider reports that in the lengthy letter, entitled “A Message to Our Customers,” Cook says “The United States government has demanded that Apple take an unprecedented step which threatens the security of our customers. We oppose this order, which has implications far beyond the legal case at hand.”

Cook said that Apple had been “shocked and outraged by the deadly act of terrorism in San Bernardino last December. We mourn the loss of life and want justice for all those whose lives were affected,” but added that Apple was challenging the FBI’s demands “with the deepest respect for American democracy and a love of our country,” and concluding by saying “And ultimately, we fear that this demand would undermine the very freedoms and liberty our government is meant to protect.”

You can read the full text of the letter here: Customer Letter - Apple

It WILL be a "slippery slope" as mentioned if Apple allows it.

I'm sure Apple is concerned about our privacy. What a bunch of morons.

The info for how iPhones are encrypted is available freely. The crypto it uses is absolutely state of the art. Apple can not even decrypt our iPhones because of the type of encryption used. They specifically choose this type of encryption so they can't even hack into our phones.

So how can they unlock this iPhone in question? No one can break the encryption, so the only way around this situation is to somehow make a special build of the iOS firmware that removes the passcode lock 10 times and data is wiped out. Apple could write firmware to accomplish this, however that block of code is encrypted. Seeing as Apple can't get the iPhones crypto key in the first place, they can't replace the block of code that deals with turning off the passcode 10 attempts. The iOS patch to remove the password attempts would be encrypted with a different key and would cause the iPhone to fail. There is no way for Apple to even comply with the warrant to decrypt or open any iPhone with iOS 8 or later.

It would seem to me that if such a law could be proposed and passed, then the All Writs Act would no longer apply. By eliminating the All Writs Act as a catch all then we significantly flatten out the slippery slope. I’m not saying we will completely eliminate all privacy issues. We won’t. I’m not saying there isn’t risk of unintended consequences. There always are when we ask politicians to fix complex problems.
Click to expand...

via BGR: Mark Cuban applauds Apple for taking on the FBI: 'Amen. A standing ovation'
C

iDan said:
I like what Mark Cuban has proposed:

via BGR: Mark Cuban applauds Apple for taking on the FBI: 'Amen. A standing ovation'
Click to expand...

Here's his proposal:
So I'm assuming based on his proposal he's saying this was NOT an act of terrorism nor declared one?

To answer @cereal killer 's question... Nope. He is proposing that we enact laws that support his proposal. The problem is that in this instance, we have no laws that deal with an issue like this. If Apple did what the FBI is asking, they would basically be breaking the law and going against the Constitution.

The San Bernardino situation probably meets all of this criteria, but we don't yet have laws in place to support a position like this. Basically, if we let the FBI railroad Apple into breaking the law, then it is a slippery slope to letting any federal agency do things that are "above the law" in the name of their investigation.
C

BTW I agree with Apple's stance on this. There is a potential consequence however. Any group or nutbag out there intending to do harm and reading this just found the perfect device to use for communicating. Yes there is still things they can grab off the phone and records, but it's obvious a whole slew of sensitive info can still be left on the device without anyone ever having access to it.

Win for the bad guys.

Sadly, you are correct on this CK. The only perfect security solution is for all humans to either become telepathically connected, or for all humans to stop being embarrassed about their actions so we can create a world of total transparency. Both of which exist only in the realm of science fiction.

I totally agree with both serial killer and djstorm
Last edited: Feb 19, 2016
M

I do not know much about iPhones, but couldn't you guys pull the hard drive out, and make an image of the drive. Then run emulations of the iPhone. Use the emulation copies to run a password cracking script. After 9 failed attempts you get locked out, delete the emulation and load a fresh copy, then have the script run the next sequence of pin numbers.. I know it sounds cumbersome, but a program running this could load and unload the emulations quickly.

There are so many gray areas and "slippery slopes" in life and this is one of them. I support Apple on this but sure wish there was a way THEY could crack it and hand over the info. With a court order of course!

I am kind of a "conspiracy" person, and just didn't feel comfortable previously to use the fingerprint ID. Now, I am rethinking that with this issue describing just how secure the phone truly is.
You must log in or register to reply here.

The FBI is Trying to Unlock Another Terrorist’s iPhone