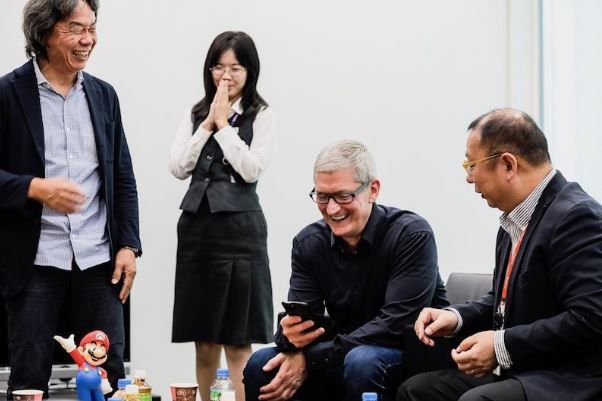 MacRumors reports that Apple CEO Tim Cook has been visiting Japan, where he has

“Getting the hang of Super Mario Run, thanks to Miyamoto-san and his awesome team at Nintendo,” tweeted Cook.

No mention of a release date just yet, unfortunately, but it should be before the end of the year. Nintendo has also promised to release Animal Crossing and Fire Emblem games this fall.

Cook has clearly been getting around in Japan, as today he also tweeted a picture of himself using Apple Pay on Tokyo’s Yamanote line; Apple Pay will be available to iPhone users in Japan later on this month.

Prior to arriving in Japan, Cook also visited Shenzhen, China, where he announced that Apple would be building a new research and development centre in the region.

Source: Apple's Tim Cook Meets Nintendo's Shigeru Miyamoto During Japan Visit
You must log in or register to reply here.