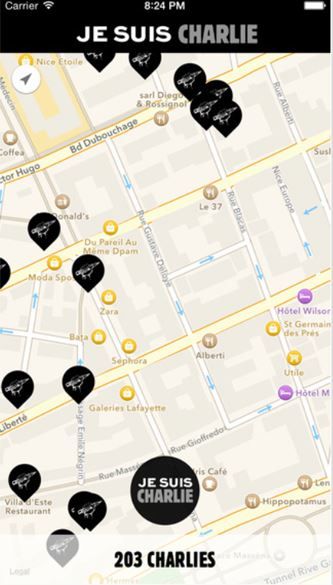 ​
9to5 Mac reports today that Apple CEO Tim Cook has personally ensured that a French app to express support for the “Je Suis Charlie” campaign, which was set up following the horrific events in Paris last week, has been approved within one hour.

Usually it can take over a week for an app to be approved by Apple, but according to 9to5 Mac, when French news agency Nice-Matin emailed Tim Cook and asked for a speeded-up approval for the “Je Suis Charlie” app, Cook’s assistant responded 10 minutes later, and the app was then reviewed within the hour. It is now available in the App Store.

The app is basically very simple, and is primarily aimed at people in France, as it lets the user add their location to a map, in the form of a pen icon, which has become the symbol of the campaign. However, the developers of the app say that they welcome users in other countries using the app to add their support.

Source: French app to show support for Je Suis Charlie campaign approved in one hour after contacting Tim Cook 9to5Mac
You must log in or register to reply here.

Hour Long Tim Cook Interview by Charlie Rose; Apple Working on Devices Not Even Rumored Yet