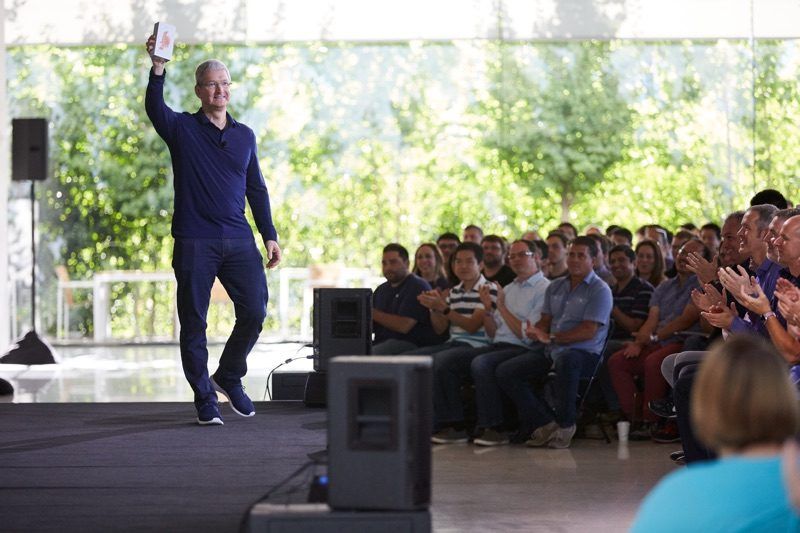 In a press release, Apple announced that Tim Cook told employees in a staff meeting that the company has sold its 1 billionth iPhone handset. The sale happened at some point last week, however the news wasn't announced until today.

"At an employee meeting in Cupertino this morning, CEO Tim Cook announced that Apple recently sold the billionth iPhone."

“iPhone has become one of the most important, world-changing and successful products in history. It’s become more than a constant companion. iPhone is truly an essential part of our daily life and enables much of what we do throughout the day,” said Cook. “Last week we passed another major milestone when we sold the billionth iPhone. We never set out to make the most, but we’ve always set out to make the best products that make a difference. Thank you to everyone at Apple for helping change the world every day.”

The news comes one day after Apple exceeded its expectations with Q3 figures. Though sales are still down from Q3 2015, expectations were low, most likely due to the lack of innovation in the latest iPhone 6S models.

OUTSTANDING....it pleases me that I had something to do with that...just sayin. LOL

Tim Cook Calls Apple 'A force for good in the world.'