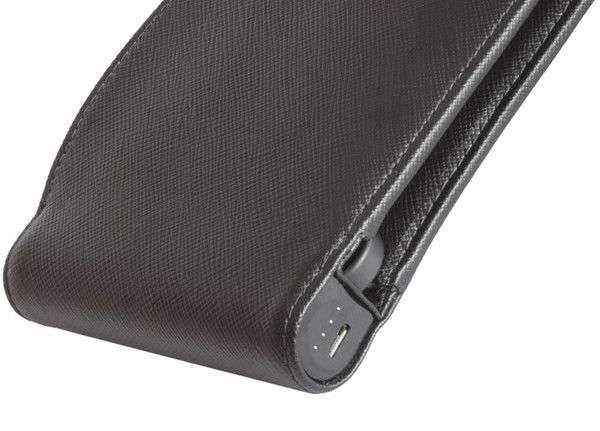 San Francisco-based startup Nomad is known for making some unique iPhone and Apple Watch accessories. Looking at Nomad's track-record, anyone can see that the company is most notable for adding a spare battery pack into other iPhone accessories.

On Tuesday, Nomad announced a new accessory, which not only acts as a wallet, but will charge an iPhone while in a users pocket. The trick is that the wallet has a hidden 2400 mAh battery hidden inside of it. The company claims that the added battery pack doesn't make Wallet "any thicker than the average wallet guys are already sitting on".

Nomad's Wallet for iPhone is available for pre-order from Amazon and Best Buy for $79.99, or $99.99 when it's finally released. The company expects to start shipping its first wave on November 15.

Neat idea, but I'm not sticking my iPhone in my back pocket!!!
You must log in or register to reply here.