The Witcher Battle Arena Out Now 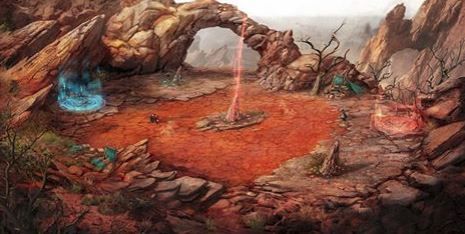 CD Projekt RED and Fuero Games this week launched the companion app for the forthcoming The Witcher: Wild Hunt console game on iOS.

Entitled The Witcher Battle Arena, the Multiplayer Online Battle Arena (MOBA) game has been designed specifically for smartphones and tablets.

Gameplay features two three-hero teams battling each other in short, action-packed skirmishes as they try to capture and then defend conquest points.

The Witcher Battle Arena is free from play-to-win elements, with every single item and functionality being unlockable entirely via gameplay, although in-app purchases are also available for those who want them.

The game ships with two maps, the Nilfgaardian Arena and the Korath Desert, and nine playable heroes that come directly from the Witcher universe. These include the titular witcher, Geralt of Rivia, the elven rebel, Iorverth, and the powerful sorceress, Philippa Eilhart.


As you play, you can earn experience points to develop your player profile, win rare and valuable equipment, and customise characters via the deep upgrade system.

CD Projekt RED says that now that the game is officially launched, the development team will concentrate on giving on-going support, including adding new heroes, maps, and gameplay modes.

Click here to get the free game: The Witcher Battle Arena on the App Store on iTunes

Source: CD Projekt RED
You must log in or register to reply here.

The Witcher Battle Arena Gets Soft Launch on iOS