The First Trailer for 'Steve Jobs: The Man in the Machine' Documentary is now Online 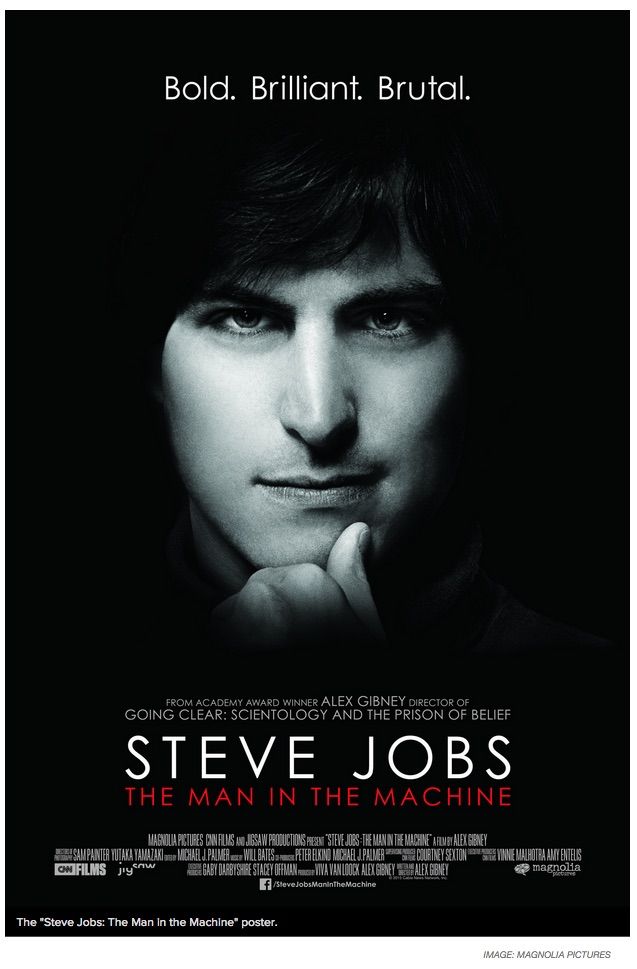 Around four months ago, the 'Steve Jobs: The Man' movie premiered at SXSW 2015 in Austin, Texas, for the first time. Now Magnolia Pictures has shared the first trailer and movie poster for the upcoming documentary directed by Oscar-winning filmmaker Alex Gibney. You can follow the link from below to see the movie trailer for yourself.

However, not everybody seems to consider it a good film, and Apple senior executive Eddy Cue too has expressed disappointment in the documentary, saying the following on Twitter:

"Very disappointed in SJ:Man in the Machine. An inaccurate and mean-spirited view of my friend. It's not a reflection of the Steve I knew".

Gibney's film will open in select theaters and on demand on Sept. 4, before the 'Steve Jobs' movie directed by Danny Boyle and starring Michael Fassbender in the title role, scheduled for release on October 9.

Source: Mashable
You must log in or register to reply here.