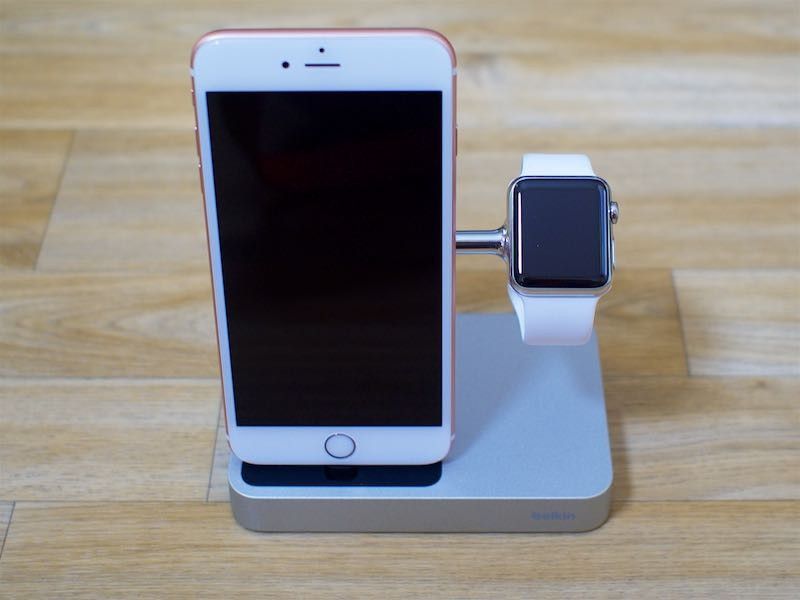 Accessory maker Belkin has unveiled a new Charge Dock for iPhone users that allso has provision to charge both the iPhone and the Apple Watch at the same time. Thus, you need only one charging solution for both of your Apple devices.

On the back of the Charge dock is a dial that lowers and raises the Lightning connector allowing charging with a variety of cases installed. A metal arm sticking out from behind the charging iPhone holds the Apple Watch at an angle that makes it easy to see while charging.

The watch charging portion has an integrated magnetic charger for the Apple Watch and is made to elevate the watch above the surface. The Charge dock has a minimalist style and a 4.9-foot cable for charging.

Belkin says that this is the only charge dock that is made for Apple Watch. It will work with the iPhone 6 Plus, iPhone 6, iPhone 5s, iPhone 5c, iPhone 5, and all versions of the Apple Watch. The base is covered with a non-slip and non-scratch material. Belkin is shipping the Charge Dock for Apple Watch + iPhone for $129.99 now.

The only problem is that it was not designed so that the Apple Watch can be mounted horizontally to make use of the alarm clock mode, introduced in watchOS 2.
You must log in or register to reply here.

Check Out Mophie's New Apple Watch Dock Coming in May