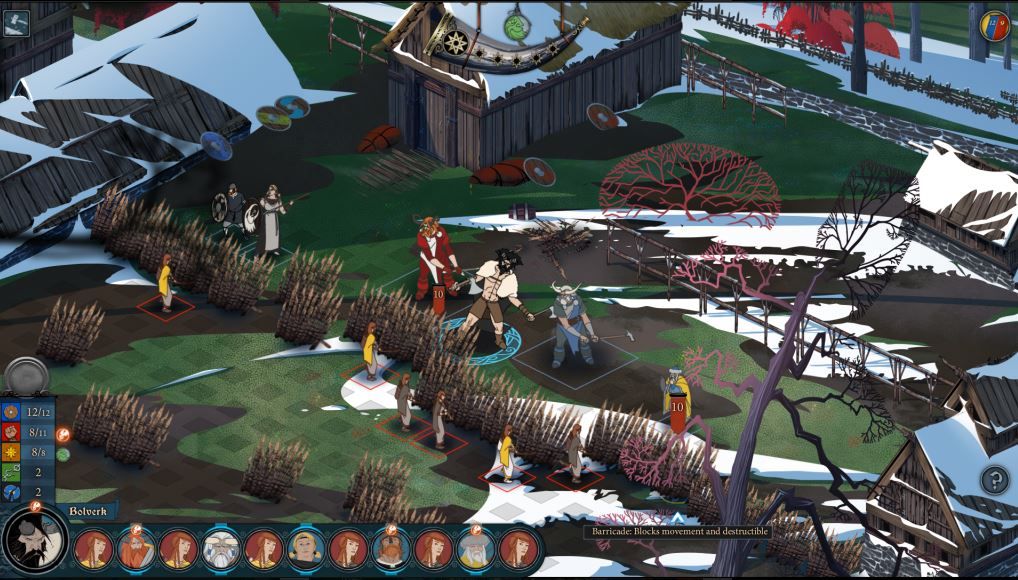 When it was launched back in 2014, The Banner Saga won much critical acclaim and many awards, including Pocket Gamer’s Best RPG of the Year award, and was also named an Editor’s Choice title and one of the Top 50 Rated Paid Apps by Apple. Now The Banner Saga 2 has arrived in the App Store, and everyone’s getting pretty excited to have another chance to enter the beautiful world of Banner Saga.

“We are incredibly proud to be able to bring mobile gamers this next installment of what is a planned three part saga,” said John Watson, Technical Director at Stoic. “Since our earliest prototype, we designed The Banner Saga from the ground up with tablet and mobile devices in mind, so we were thrilled to get the recognition from the media and fans alike for the first game.”

“Launching Banner Saga 2 earlier this year on PC, Mac and Consoles further cemented this indie title as one of the best of its kind”, said Steve Escalante, General Manager of Versus Evil. “Press and fans alike have all agreed this sequel is better than the first and fulfills on its promise. Versus Evil’s commitment to pursue premium mobile gaming with our partners continues to be bolstered with launches like Banner Saga 2.”
Click to expand...

The epic story-driven strategy role-playing game sees you leading Viking clans across hostile country that is on the verge of ruin. It’s up to you to make bold decisions as a leader, manage your resources, and excel in battle if you are to have any hope of survival.

• Hand-drawn visuals – Gorgeous 2D combat sequences, animations and effects
• The saga continues – Carry on your story and choices from The Banner Saga or jump into the adventure from scratch with pre-set character options.
• Viking mythology – A truly epic setting inspired by real Viking myths
• Tactical combat – Improved, turn-based battles demand precision and strategy
• RPG upgrades – Level up your characters’ stats and unlock devastating new moves
• Hard choices – Choose wisely in and out of battle as danger lurks around each corner
• Real consequences – Permanent loss of characters will weigh heavy on your mind
• New characters and a new race – New faces, including the new Horseborn race, join your epic journey
• Manage your caravan - Your role in building and managing your caravan is critical to not only your own survival but the survival of an entire civilization
• Evocative score - Soundtrack by Grammy-nominated composer Austin Wintory
Click to expand...