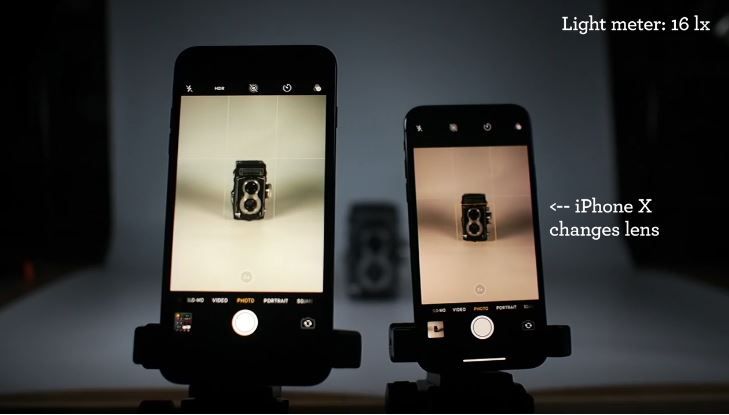 9to5 Mac reports that according to new low-light tests of the iPhone X telephoto lens, the iPhone X is able to work in a quarter of the light that the iPhone 7 Plus needed.

According to Studio Neat’s Dan Provost, “When you zoom-in to 2X, the camera does not always switch to the telephoto lens. In some cases (typically in low light scenarios), you will be presented with a cropped image from the wide angle lens instead. This was sacrilege to camera nerds, but Apple would argue that if the cropped image looks better in those low light situations, then that is the correct approach.”

“The iPhone X requires roughly 2 fewer stops of light before switching to the telephoto lens, as compared to the iPhone 7 Plus” said Provost. “This is obviously great news, and speaks to how improved the second lens is after just one year. In my own use of the phone for the past couple weeks, it does indeed seem to be the case that I am very rarely presented with a 2X cropped image.”

Source: iPhone X telephoto lens requires less than a quarter of the light of the iPhone 7 Plus

isnt that what Apple said in the keynote?
You must log in or register to reply here.