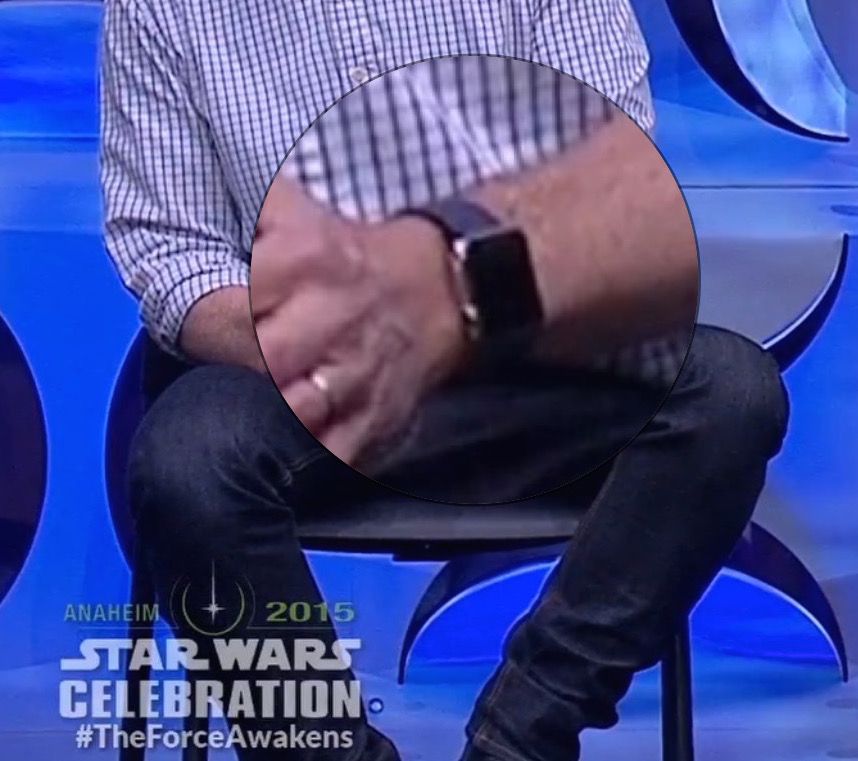 Director J.J. Abrams took the stage on Thursday at the Star Wars Celebration in Anahein, California. Although the majority of the audience was focused on the Star Wars: The Force Awakens talk, others saw that Abrams was also sporting none other than an Apple Watch.

Abrams received the device before its initial release, joining pre-release Apple Watch owners like Pharrell, Katy Perry and Karl Lagerfeld. However, Apple only gave Abrams a regular Edition watch, instead of the fully gold Edition given to Lagerfeld.

Unlike The Force Awakens director, the rest of us will have to wait until April 24.