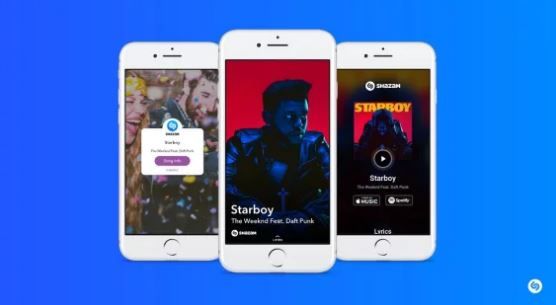 9to5 Mac reports that Snapchat and Shazam have announced that Shazam’s music-recognising feature has now been added to the Snapchat camera screen, enabling you to discover new songs and even send a song to your friends as a Snap. Simply press and hold on the Snapchat camera screen when you hear music playing nearby, and then learn more about the song and artist, if you wish, or recommend it to a friend.

Snapchat also announced today the arrival of a new group chat feature that is designed to help families keep in touch with each other over the holiday season. Up to 16 people can participate in the group message, and each will be deleted after 24 hours, just like a normal Snapchat story.

Snapchat also added two new Creative Tools today that enable you to create stickers from your own Snaps. Snapchat says that the new Paintbrush tool that you can find in the Memories section of Snapchat “turns a Snap into an artistic masterpiece.”

Source: http://www.macrumors.com/2016/12/13/snapchat-shazam-integration/
You must log in or register to reply here.

Snapchat Now Lets You Delete Messages Even After Sending

Apple Said to be Acquiring Shazam