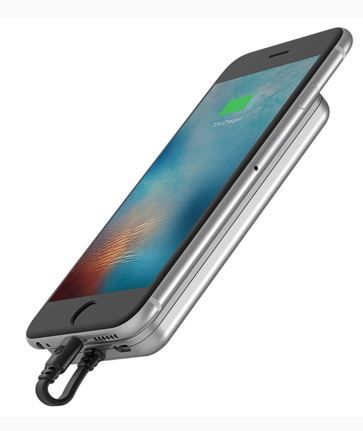 If you’re someone who likes to carry a spare iPhone battery around with you just in case, then you might want to check out this very handy new gadget from Scosche, as reported on by 9to5 Mac.

Scosche’s new MagicMount magnetic battery is attached to your iPhone via a very slim magnetic pad, and connected via a built-in Lightning connector. So it acts like a battery case by being attached to your phone, but also means that you don’t have to put up with the excess bulk of a battery case all the time as you can simply remove the battery when it’s done its job.

The MagicMount costs $59.99 from Scosche’s website, and includes a 4000mAh rechargeable lithium-ion battery and 2.1A output, which should be enough for approximately two complete charges for an iPhone 6 or iPhone 6s.

The MagicMount is available in black, silver, gray, gold, and rose gold.