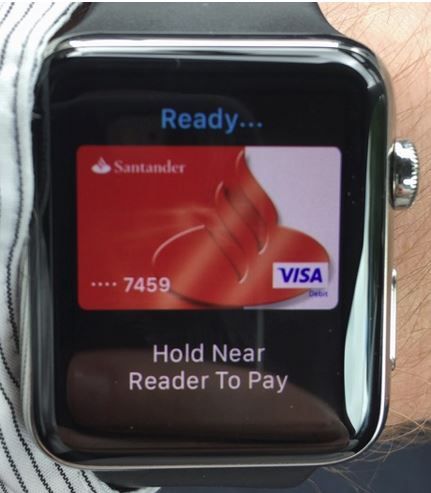 Following on from Radu’s story earlier today, MacRumors has more news about the forthcoming launch of Apple Pay in the UK, despite the fact that Apple has not yet made an official announcement about the launch date.

According to various MacRumors forum members, those with bank accounts with Santander in the UK have found that they can now add their bank cards to Passbook ready to use with Apple Pay.

Those users who take the opportunity to register their Santander cards have also received confirmation emails from the bank that tell them they can now use Apple Pay.

In an update to the story, MacRumors reports that a Santander customer has said that he was able to use Apple Pay to make a purchase at McDonald’s in the UK, so it seems that even though the system is not officially supposed to be up and running yet, it most certainly is working for some people.

Source: Banks in the U.K. Gearing Up for Apple Pay Launch as Santander Allows Customers to Register Cards - Mac Rumors
You must log in or register to reply here.