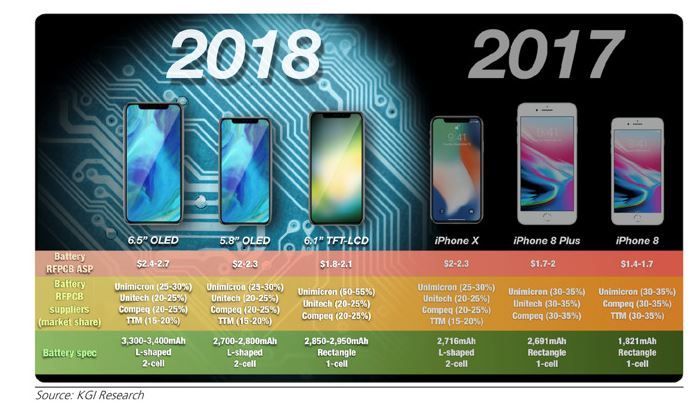 AppleInsider reports on one of three notes to investors released by KGI Securities analyst Ming-Chi Kuo over the weekend. In this particular note, Kuo talks about the new 6.1-inch LCD iPhone that he expects Apple to release later this year, stating that he thinks that it will prove to be very popular with consumers and investors alike.

“We are positive on the shipments outlook of the 6.1” LCD iPhone, and forecast it will have a weighting of around 50% in the new models in 2H18,” said Kuo. Because it has an LCD display rather than an OLED display, this new phone is expected to be cheaper, and therefore possibly more attractive to consumers.

However, anyone thinking of buying the 6.1-inch LCD iPhone in order to avoid the iPhone X notch will have to think again, as according to Kuo, the LCD model will also have the notch, so no escape there!

Source: 6.1" LCD 2018 iPhone expected to account for 50% of Apple's new iPhone shipments
You must log in or register to reply here.