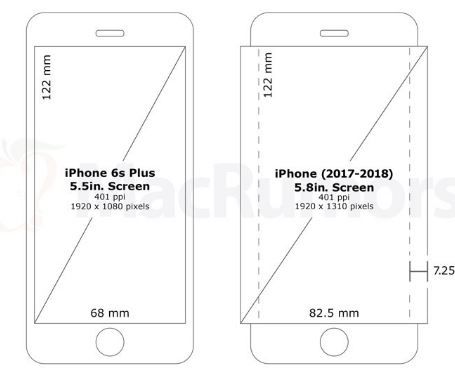 MacRumors reports that according to a new report in DigiTimes, sources in Apple’s Taiwan supply chain say that Samsung Display is rumoured to be Apple’s exclusive supplier of 5.8-inch OLED displays for next year’s top-of-the-range iPhone.

We’ve been hearing similar rumours at various points this year, with the Korea Herald saying back in April that Samsung would be Apple’s supplier of OLED panels in 2017.

This source also reiterates other previous rumours saying that only the 5.8-inch flagship iPhone will have an OLED display next year, with the 4.7- and 5.5-inch models both having TFT-LCD screens rather than OLED screens.

Global shipments of between 60 million to 70 million are expected for the 2017 OLED iPhone.

The Taiwan-based source said that Samsung will be able to supply a maximum of 20 million units per month.

Meanwhile, another DigiTimes report today said that Wistron is thought to be another prospective iPhone manufacturing partner for Apple next year, joining Foxconn and Pegatron.

Not a fan of OLED, Apple would do better sticking to the IPS.
You must log in or register to reply here.