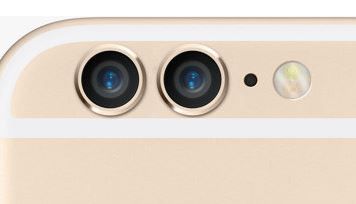 AppleInsider reports that highly credible KGI analyst Ming-Chi Kuo has been giving his views on the forthcoming iPhone 7 Plus in a note to investors today.

According to Kuo, Apple will continue its recent trend and release two new models in 2016. The 4.7-inch iPhone 7 will still have the familiar iSight rear-facing camera that we know and love, but Kuo says that as far as the iPhone 7 Plus is concerned, Apple has more ambitious plans.

This is not the first time we’ve heard such a rumour, with similar talk in 2014 and 2015, but Kuo says that as far as the iPhone 6s was concerned, for example, technological problems with compact camera module algorithms and assembly meant that Apple’s dual-camera plans did not see the light of day that time around.

As to what has changed this time around, Kuo points to the fact that in 2015 Apple acquired Israeli company LinX, which is known for its expertise in getting high-definition images from small lens setups. Kuo says that Apple is most likely using the tech it acquired from LinX to proceed with its dual-CCM plans as soon as possible.

Here's a slick follow-up article on this new camera tech. It apparently could have even more awesome features than we originally thought!

iPhone 7 Plus camera might be more amazing than you think
You must log in or register to reply here.