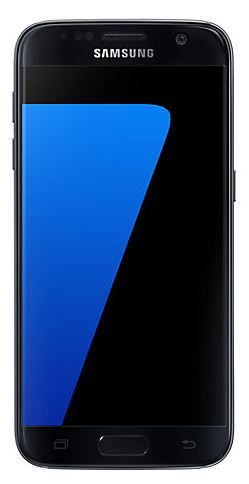 According to a new report from The Korea Herald, via MacRumors, not just some, but all of the OLED displays of the forthcoming iPhone 8 will be curved. The Korea Herald’s source said “Apple ordered all plastic OLED—not glass—from Samsung Display.” The source went on to say that Samsung is able to supply Apple with just under 100 million curved OLED display units.

Plastic OLED has been used to make curved displays for phones such as the Samsung Galaxy S7 Edge, with glass OLED being used to make flat panel displays.

Although it has just been reported that Apple and LG Display have teamed up to produce foldable OLED displays, The Korea Times source says that the iPhone 8 will not be foldable. This ties in with the previous foldable display report, which stated that LG Display would not start mass- producing folding OLED displays until 2018.

Interestingly, the same source also says that the iPhone 8 “may use new sensing technology, which enables the phone to respond when users touch any side of the device. But, Apple may not adopt this technology.”

Am l the only 1 who doesn't know? I hear a lot about curved displays on the new iPhones but how will they be curved?
Side to side top to bottom how exactly does anyone know?

I'm not too excited about curved displays

... I had the Samsung Galaxy s6+ and honestly not being able to easily find a screen protector really blew chunks... same went for the Note 7... it was impossible to have a good screen protector...

I hope that is one rumour that isn't true.

How will I hold it if it has a touch sensitive curved display?? Suction cup to the back??

The curved screens on the Samsung phones are more of a marketing gimick than anything useful. I hope Apple doesn't fall into the marketing gimick trap and start adding features that look good on paper but have little or no practical use.
M

Sounds interesting, but I wish it were not true

MailFlys92 said:
Sounds interesting, but I wish it were not true
Click to expand...

Until Apple officially announces the iPhone 8 or whatever they choose to call the next generation iPhone all we have are rumours, not all of which will turn out to be true.
F

I've a close friend who has an S7 Edge and he says the curved screen is a total gimmick. If they do go with curved screens it'll be interesting to see how they utilise it because I can't think of one use that would justify it.
A

I use an Otter Box case on my i5SE.

Will these present any issues forthcoming with this curved plastic design ?

Agave said:
I use an Otter Box case on my i5SE.

Will these present any issues forthcoming with this curved plastic design ?
Click to expand...

Whatever the design of the next generation iPhone, cases will be designed to fit.

scifan57 said:
The curved screens on the Samsung phones are more of a marketing gimick than anything useful. I hope Apple doesn't fall into the marketing gimick trap and start adding features that look good on paper but have little or no practical use.
Click to expand...

. This is one rumor that I hope is not true.

I won't make any judgement on it until we see what Apple have got in store for it. They've never released anything gimmicky in the past so let's wait and see.
You must log in or register to reply here.

Rumour: 5.8-Inch OLED iPhone 8 Will Have a Slightly Curved Display