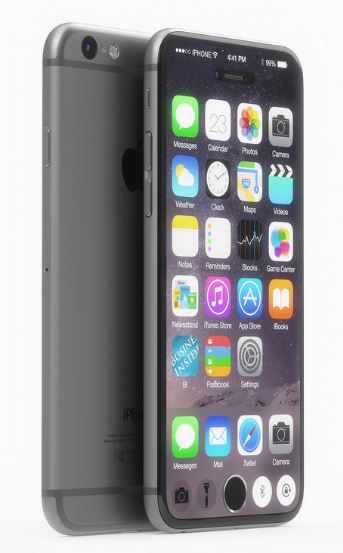 Daring Fireball’s John Gruber has been talking on his The Talk Show podcast about some very interesting rumours that he’s heard about Apple’s 2017 iPhone.

According to Gruber, via AppleInsider, he has heard from sources that the 2017 iPhone will have an edge-to-edge display that covers the whole face of the phone.

The comments arose when Gruber was talking to analyst Ben Thompson about the fact that the forthcoming iPhone 7 will look pretty much exactly the same as the iPhone 6 and iPhone 6s.

Gruber also said that it is his “gut” feeling that Apple will not be calling this year’s iPhone the iPhone 7, although he has not heard anything to that effect from his sources.

Returning to the 2017 iPhone, however, Gruber says that it will be quite different from recent iPhone models.

“2017 is going to be the jaw-dropping, wow, that’s an astonishing industrial design iPhone.”

Is this guy known for being accurate? Because this seems like a bullsh*t statement...
OP

DrumsOfGrohl said:
Is this guy known for being accurate? Because this seems like a bullsh*t statement...
Click to expand...

Yes he's usually known as a good source, Daring Fireball has broken some big stories in the past.

While the bottom screen looks have purposes (served as additional quick action toggle without have to swipe up), the top seems like a gimmick to me. What is the use of top screen that still can be touch? I imagine if apps can be viewed in full blown mode the speaker/front camera will become an obstacle anyway

all these rumours tend to be all true most of the time, but you never really know until Apple announce it. I also wonder if and when Apple will changes it's release cycle day to throw us off like they did with the 4, or was it the 4s?
You must log in or register to reply here.

iOS 7 Said to be Behind Schedule