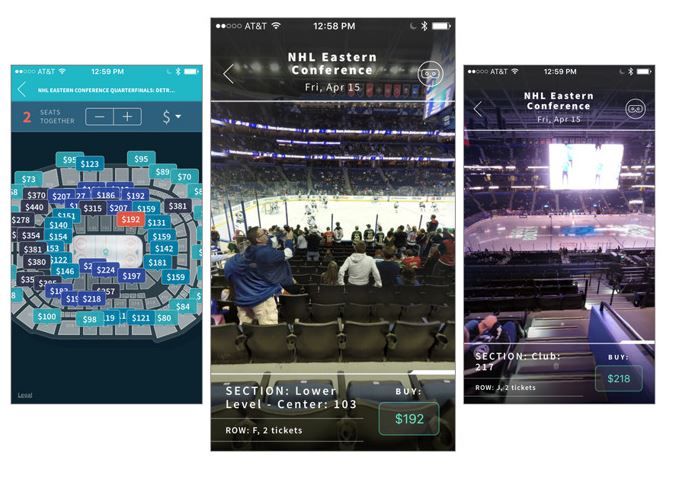 It’s always handy to be able to check out the view from your seat when you’re buying tickets to an event online, but it’s still not available at all outlets. Good to read, therefore, that ticket marketplace Rukkus has added the feature to its iOS app.

In fact, according AppleInsider, Rukkus has actually gone one step beyond that with its new feature, Seat360, which it claims is the first-ever virtual reality seat sampler for all NBA, NHL, and most MLB stadiums in the US and Canada.

With the new feature, fans looking to buy tickets for an event will get the chance to experience a 360-degree panoramic view from their seat via their iPhone or iPad.

To use the feature in the Rukkus app simply search for an event, select an area where seats are available at the event, and you will then be automatically taken to a 360-degree interactive photo, giving you the option to move your iPhone or iPad around in order to see the complete view from your seat.

The app even goes as far as providing a link to enable users to use VR headsets such as Google Cardboard, which will then show the view from the seat that you’ve chosen in fully immersive 3D.