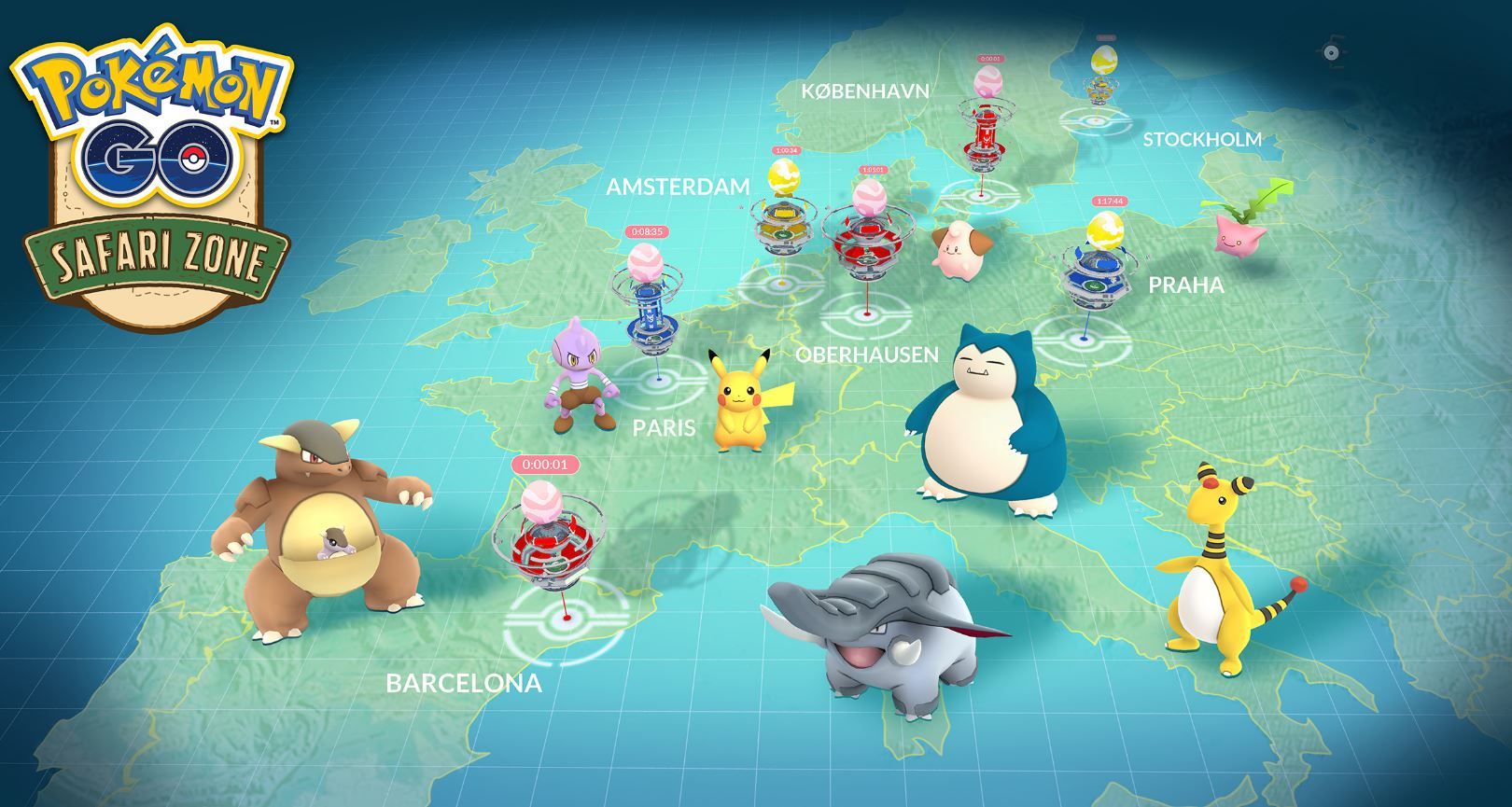 GameSpot reports that Niantic has revealed that some of the rare, region-exclusive Pokémon such as Kangaskhan, and Unown will be available for Trainers to catch in cities across Europe from this weekend until August 21. You can see the full list of cities where the rare Pokémon will be appearing here.

This follows on from Niantic’s recent postponement of its European Safari Zone live events due to the technical issues that played havoc with Pokémon Go Fest in Chicago recently, when the high numbers of users all attempting to play the game at once in Grant Park crashed all available cellular networks, meaning that no one could play the game.

The European Safari Zone events were originally due to kick off today in Copenhagen, Denmark, and Prague, Czech Republic, and although those events have now been postponed until fall, giving Niantic time to sort out the technical issues, it’s good to see that the rare Pokémon will still be arriving as planned.

Also, Trainers who like to Raid will have the chance to catch Legendary Pokémon Moltres, who is appearing in Raid Battles until August 7, with the next Legendary, Zapdos, due to appear from August 7 to August 14. Ho-Oh is also said to be arriving very soon, although there is no official date from Niantic for that at the moment.

Source: https://www.gamespot.com/articles/some-of-pokemon-gos-region-exclusive-pokemon-are-a/1100-6452285/
You must log in or register to reply here.