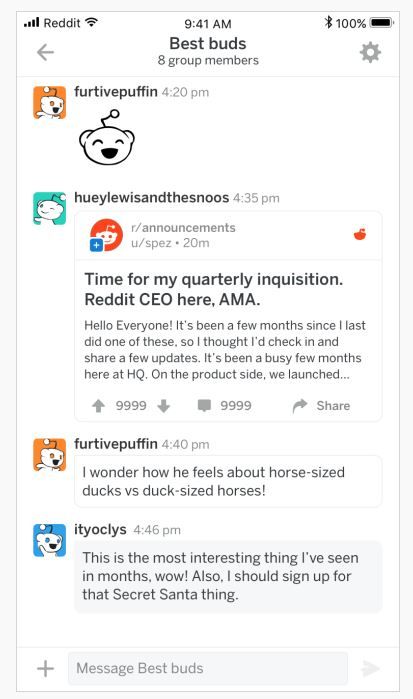 Tech Crunch writes that Reddit has just given its mobile apps a big makeover, with lots of improvements to how the apps present photos, videos, and GIFs, as well as several new features such as live comment feeds, in-app chat, moderator tools and more.

TechCrunch says that several of the new features have been influenced by some of the more popular third-party Reddit apps, including the new Theater Mode option where you get to view media in a “video-first,” full-screen format. You then have the option to view the media in landscape mode and also swipe backwards and forwards through the media. This (aside from the scrolling feature) was already a popular feature in the third-party Apollo Reddit app.

Another new feature in the official Reddit app also already found in Apollo, is the ability to open links in Safari rather than in the native Reddit in-app browser.

As far as the new live comments feature is concerned, Reddit employees have apparently been testing this for a while prior to it becoming available to all.

There is an app called ChatWing iOS supportable. Also you can redesign your own chatroom if needed.
You must log in or register to reply here.

Reddit: The Official App Makes Its Way Onto The App Store

Skype for iOS Gets Big Redesign