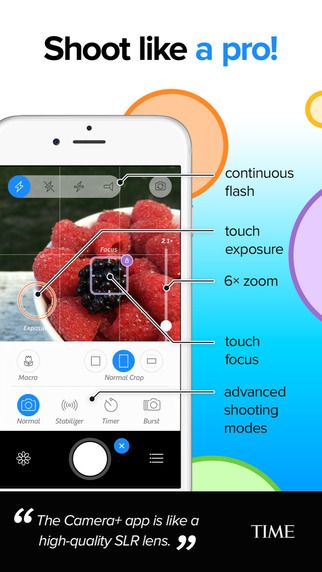 Camera+ is one of the most popular photography apps for iPhone users, with a very good rating on the iTunes store and with plenty of features to choose from. The app has been downloaded by more than 10 million times, so that should speak about its quality.

And now that the Apple Watch has been released, the guys from Camera+ have decided to come up with a special app for owners of Apple's first smartwatch, as well. The company said the following on its official iTunes page:

"For those of you gadget freaks who’ve acquired an Apple Watch, we’ve created a Camera+ Watch app for you. With it, you’re able to snap photos remotely, along with triggering shots via the timer."

Thus, by using the companion app for your Apple Watch, you will be able to control the Camera+ on your iPhone remotely, which is similar to the device’s built-in Camera Remote application. Camera+ also released a new Selfie Widget button which lets you instantly get to the front-facing camera from the Camera+ Today Widget.