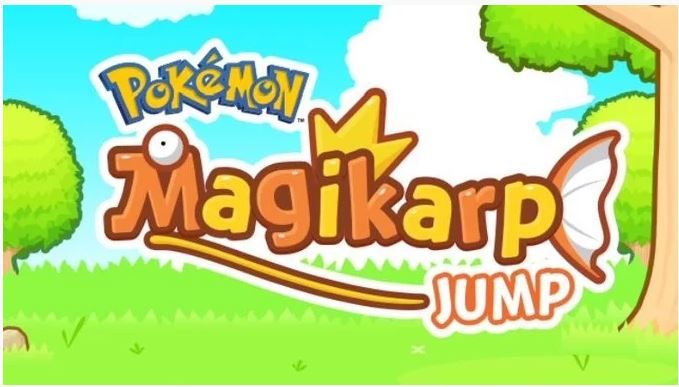 Back in February news emerged of a new Pokémon game for iOS called Splash! Magikarp, featuring the endlessly flapping fish. After the initial news about the game broke, it all went a little quiet, but Nintendo Life reports today that the game is finally on its way, but with a new name, Pokémon: Magikarp Jump, the same name as the popular mini game in Nintendo 64 Pokémon Stadium.

Magikarp’s faithful fans around the world will have to be patient a little longer before they get their fins on Magikarp Jump, however, as currently it is only available on soft launch in the Italian App Store, and there’s no news of an official release date in other territories as yet.

According to Serebii.Net, the simple gameplay sees you catching and raising Magikarp and then pitting them against others to see who can jump the highest. You can use various rods to catch Magikarp of different colours and sizes, all with their own abilities. Take your Magikarp through the leagues, feeding and training them to make them strong so that they can jump higher and higher. You’ll also get to use other Support Pokémon to help your Magikarp.

Clearly, the Pokémon Company is having a bit of a Magikarp moment, having also just released the Magikarp Song video on the Official Pokémon YouTube channel, which has already had almost 2 million views in just 8 days. The lyrics are, of course, flat out trolling the poor Magikarp, with lines like “so weak that it’s sad, really really sad.”

All this Magikarp madness is a very smart move from The Pokémon Company, coming up to what it hopes will be another massive summer for Pokémon Go. When Pokémon Go became a worldwide cultural phenomenon last year, some of the earliest tweets and Instagram pictures that kicked off the whole craze were of Magikarp in the wild, appearing in frying pans on people’s stoves, flailing around on the pavement, and so on.