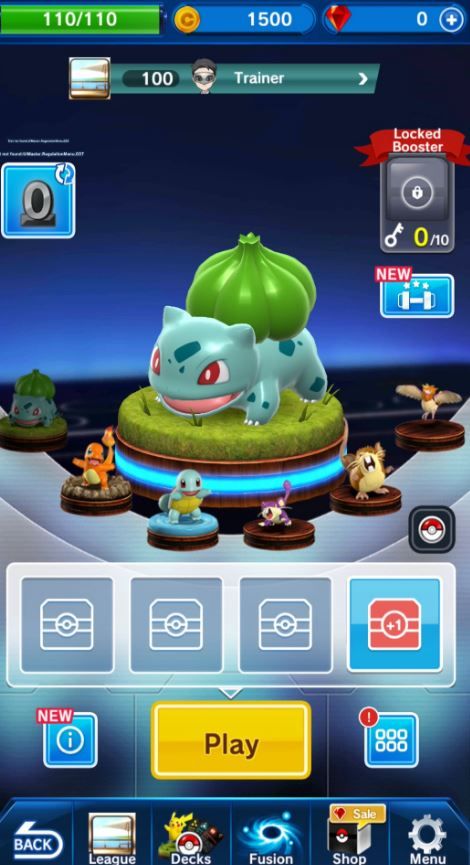 The Pokémon Company sprung a nice surprise on Pokémon fans today by releasing a new Pokémon game, Pokémon Duel, in the App Store.

The free-to-play game is a mobile strategy game where Pokémon battle against each other in order to reach a goal in their opponent’s territory. Here are the key gameplay features:

You can play against real-world opponents by tapping League Match on the Home screen. You will then be automatically matched, based on skill, with other players around the world. League victories unlock Time Boosters, which will earn you a variety of items, including Pokémon figures. The more League matches that you win, the more your player rating will increase, and, thus, the more chance you have of earning different Pokémon figures in higher-level leagues.

The game is monetized via the in-app Shop, where you can buy more plates and Boosters. Materials collected from Boosters that you buy can be traded for particular Pokémon that you want. In-game currency called Gems can also be purchased at the Shop or earned by various means, such as by playing the game daily and clearing missions. However, The Pokémon Company makes a point of mentioning on the game’s load screen that Pokémon Duel can be completed entirely for free.